Tunku Tan-Sri Imran ibni Tuanku Jaafar (His Royal Highness Prince Imran), is the son of the King of Malaysia. A former Squash champion of Malaysia, he served as President of the WSF from 1989 to 1996 and after completion of this maximum term was unanimously elected to be Emeritus President, a role specially created for him as an honour for the great leadership he had provided for the sport. Then at the WSF AGM in 2002 he was unanimously elected as Patron of the Federation.

Prince Imran was educated in the UK at King’s School, Canterbury and read law at Nottingham University before being called to the Bar at Gray’s Inn, London in 1971 and qualifying as a Barrister at Law. He is now Chief Executive Officer of the Antah Group of Companies, which has over 60 subsidiaries and associates, and sits on the board of many Malaysian, Australian and British publicly listed companies.

In the sporting arena he is President of the Olympic Council of Malaysia, heading the marketing operation for the 1998 Commonwealth Games, Board Member of the National Sports Council of Malaysia, President of the Malaysian Cricket Association and Chairman of the Foundation for Malaysian Sporting Excellence. He was Malaysia’s first National Squash Champion in 1973 and Chef de Mission to the Malaysian Team at the Seoul Olympics in 1988. 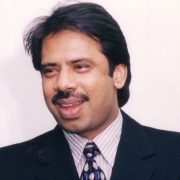 December 1963. Jahangir started to play Squash at a very young age, coached by his father, Roshan Khan, the 1957 British Open Champion. With this fine pedigree he became arguably the finest Squash player in the history of the sport and one of the greatest sportsmen Pakistan has ever produced.

In Australia in 1979 he became the youngest player ever to win the World Amateur title at the age of 15 years. He followed this by also becoming the youngest winner of the World Open Championship, beating Australia’s Geoff Hunt when still only 17 years old.

Jahangir, whose name means “conqueror of the world”, totally ruled the world of Squash for 14 years. He won the prestigious British Open title for a record 10 times in a row, the World Open 8 times and was unbeaten by any opponent for an incredible 5½ years. During that time he won 555 matches consecutively, one of the longest unbeaten runs by any athlete in top-level professional sport.

Jahangir Khan became a household name, not just in Pakistan, but throughout the world. Not only for his remarkable playing achievements but also for his exemplary conduct and behaviour as champion of the world, always humble both in victory and defeat.

He retired from Squash in 1993 after helping Pakistan to win the World Team Championship in Karachi.

The Government of Pakistan has honoured Jahangir with the awards of Pride of Performance and civil award of Hilal-e-Imtiaz for his achievements in Squash. Also, they recently awarded him with Sportsman of the Millennium.

Jacques Fontaine has a wealth of experience

in squash, having been President of the French Federation from 1996 – 2016, a period during which he initiated great growth of participation inhis country, the staging of a number of European and World Championships, development of national centres with all-glass courts and seeing two French players win World titles and others achieving international success.

At international level he was Co-Director of the ‘Club France’ at the London Olympic Games in 2012 and Chef De Mission for the French delegation at the World Games 2013. He has also been a Board member of the French National Olympic Committee since 2013.

Meanwhile, he also served as a Vice President of the European Squash Federation, standing down following his election as WSF President in November 2016.

Professionally, he worked in the watch industry as a company managing director and then as a consultant until his retirement in 2015.

Sarah Fitz-Gerald, who had a superb career as a professional player comes

from Melbourne, Australia. Her highest achievements were becoming World Champion five times, reaching number one in the world and winning 65 World Tour titles including the British Open Championship. In addition, she can count Commonwealth Games Gold Medal, World Team Champion, World Junior Champion, and representing Australia on 80 occasions in her playing record.

Recognised for her achievements and awarded the Australian Female Athlete of the Year in 2001 & 2002, Dawn Fraser Award in 2001, Member of the Order of Australia (AM) and has been inducted into the Hall of Fame for Sport Australia, World Squash Federation, WISPA, Squash Australia and Victorian Squash Federation.

While competing Sarah showed her interest in associations, events and organising of tournaments which led to her becoming Chairwoman of WISPA (Women’s International Squash Players Association) and eventually President which spanned over 10 years. Sarah also spent 2 years on the Squash Australia board, Director of World Squash Federation Athletes Commission and attended meetings and presentations at the IOC in Lausanne, Switzerland and Buenos Aires, Argentina, while on the WSF Olympic and Major Games Committee for Oceania.

Sarah is still heavily involved with squash by playing World Masters events, coaching and promotions, as well as serving on the PSA Disciplinary Board.

Mr. Huang has been an active social squash

player for over 20 years participating in local tournaments in Kuala Lumpur and representing the Royal Lake Club for many years. He has also been a squash parent to three energetic children who have played squash as juniors in the national circuit, state juniors and in university. He is a qualified architect having obtained his degree in Sydney in the late 1980s and is the founding and principal director of an architectural practice based in Malaysia. The practice celebrated 20 years this year as a company of passionate architects to major developers in Malaysia.

His association with SRAM began as the chief scrutineer for the SRAM annual general meetings of 2008 and 2009 and was elected as Deputy President in December 2010. Having served four years as Deputy President, he was elected to the post of President in 2014. As President of the Squash Racquets Association of Malaysia, Mr. Huang has invested in good governance, strong values, transparency and honesty. He believes in building teamwork through friendship and cooperation.

Prior to becoming a Vice President of the WSF, Peter was the Chairman of US Squash from July 2009 until September 2013. Prior to that he served on its Board of Directors from 2004–2009. While leading the US Squash Board and (continuing after completion of his term) Peter has been the United States Delegate to the WSF Annual General Meeting for over ten consecutive years. In the summer of 2015 he was elected the Vice-President, North American Representative, to the Pan American Squash Federation. He was responsible for raising significant funding on behalf of US Squash for the Word Squash Federation’s Olympic Bid 2020 campaign in 2014/2015.

Early in his squash leadership career he served on the Nominating and Governance Committee of US Squash from 2007 through June 2009 and Chaired the highly effective Governance Review Task Force during 2007 and the 2008 Hall of Fame Dinner held in New York. He was the Tournament Chairman of the National Hardball Doubles Championships held in New York in 2001 and co-Chair of the National Mixed Doubles in 2006. Peter was the Secretary of US Squash from 2005 through 2007. He was the Captain of the U.S. vs. Canada Lapham Grant team in Calgary in 2005 and it’s Host Committee Chair in New York in 2016.  In 2005 US Squash awarded him its President’s Cup for exemplary service to the game.

Peter has been an avid singles and doubles squash player for over 40 years. He had top 20 United States hardball singles rankings in his age group (30 and 35) in the early 1990’s. He previously Chaired Alumni and Friends of Columbia University Squash which recently promoted its men’s and women’s club teams to varsity status and have gone on to achieve top tier national intercollegiate team rankings including an undefeated 2018 Ivy League Championship.  He was previously the Squash Chairman at The University Club of New York and the Englewood Field Club in New Jersey where he led major court upgrade building projects.

Peter has a Bachelor of Arts and Master’s in Business Administration from Columbia University and a Juris Doctor (Law) from the National Law Center, George Washington University.  He is the President of Management Leadership Resources, Inc, providing business development advisory services to entrepreneurs, early stage venture capital, and middle market private equity buyouts. He began his career as a corporate lawyer in New York. He is a citizen of the United States and Canada.

Pablo Serna has been involved in squash for almost 30 years, having started as a junior player in 1988.

He has been President of Colombian Squash Federation since November 2011. During his tenure as President, Colombian Squash have achieved their best ever international results – five times South American Junior Championship winners, two Gold medals at the Pan-American Games, several continental Gold medals (both junior and senior) and having a player as high as the top four in the PSA world rankings.

He is a founding partner, and current board member of SQUASH URBANO COLOMBIA, the first social programme combining education and squash for low-income kids in Colombia.

In business, he founded SPOT Investments, a financial services firm that advises on private equity and capital raise transactions in different countries around the world. Before this he served as a Senior Manager at Dynamic Decisions Group Ltd. in Milan, Italy from September 2001 to 2005, where he led the corporate finance team.

Prior to joining Dynamic Decisions, he served as an Associate with Real Options Group in Milan from 1999 to 2001. Pablo Serna also served as the General Manager with Estudios, Consultorias y Asesorias Financieras and as a Director of Milestone Scientific Inc. from June 2006 until 2015.

Pablo Serna has dual Colombian and Italian citizenship, and is fluent in Spanish, English, Italian and French.