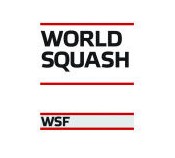 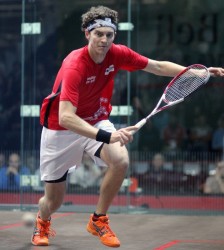 Pilley, the world No17 from Australia, be joined by Malaysian Low Wee Wern, the women’s world No7, for the latest Ambassador Programme international promotional initiative which was launched by the WSF three years ago.

With two of the sport’s leading international players, plus an international coach and referee, the WSF Ambassadors first visited the Baltic country of Latvia, followed in 2012 by a trip to the African countries of Malawi and Namibia, before last year taking in Panama and Venezuela. 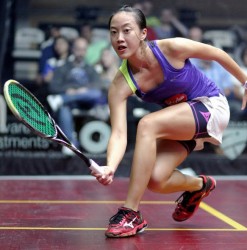 This year, between Friday 30 May and Sunday 1 June, the players will integrate with the local squash community in Port Moresby, Papua New Guinea, providing clinics and exhibition matches. Meanwhile coaching and refereeing workshops will be hosted by Australians Marc Forster and Nathan Turnbull, respectively.

“We are pleased to have the presence of two of the top international squash stars coming to Papua New Guinea,” saidPapua New Guinea Squash Federation President Edmond Pereira. “It will not only bring great media interest here, but give our squash community an exciting opportunity to interact with them.

“It is hoped that it will also rekindle the growth and development of squash as a sport in the country, bringing new and young players to our wonderful sport.”

WSF Chief Executive Andrew Shelley, who will lead the group, explained: “Squash is played in 185 countries so we can only scratch the surface with this initiative, but taken alongside the work done by our regions and stronger countries we have a very strong support network in place.”