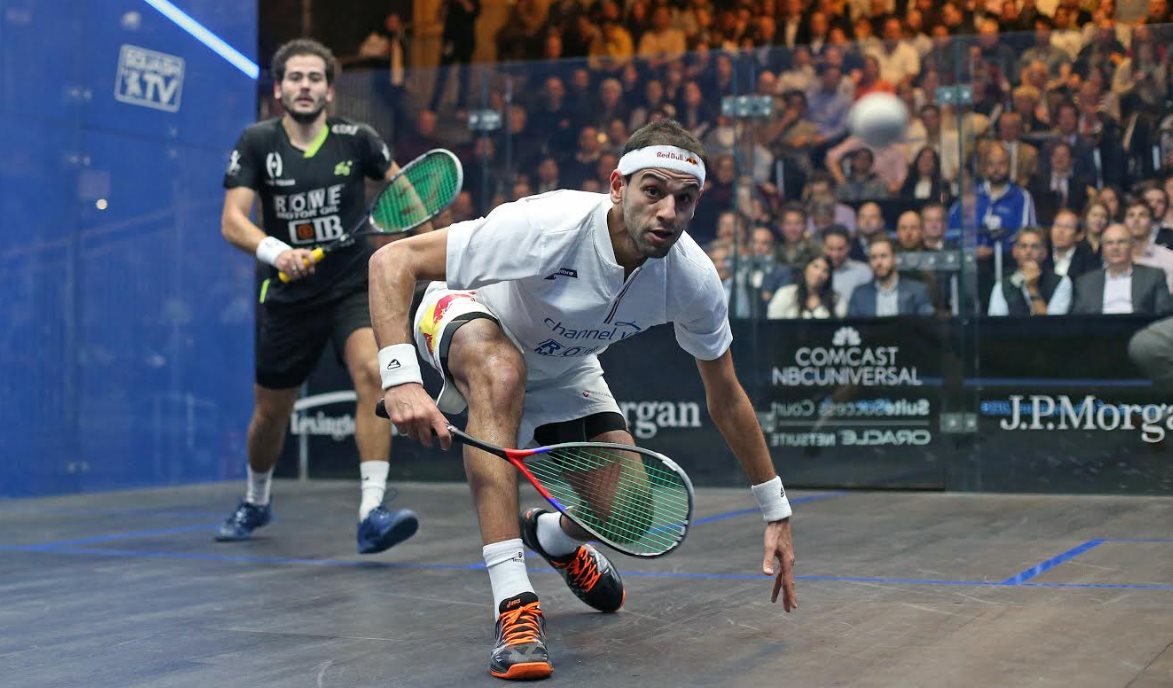 An Egyptian quartet will feature in the finals of the J.P. Morgan Tournament of Champions for the first time ever  as the world’s top four players – Mohamed ElShorbagy, Ali Farag, Raneem El Welily and Nour El Sherbini – get set to do battle for the PSA Platinum title in New York’s iconic Grand Central Terminal.

World No.1 ElShorbagy and World No.2 Ali Farag will go head-to-head in the men’s final after respective wins over World No.5 Karim Abdel Gawad and World No.4 Tarek Momen.

ElShorbagy avenged his defeat to Gawad in last month’s Black Ball Open by taking a 7-11, 11-7, 11-8, 11-6 victory which sees him reach the final of this tournament for the third time. The win also means he is guaranteed to retain his No.1 ranking in February – a defeat to Gawad would have meant that Farag could have taken top spot had he won the tournament. 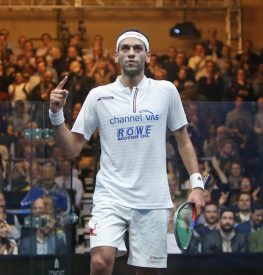 “I trained the whole summer to be in these kind of situation,” said ElShorbagy, who came through a brutal 73-minute fixture with Peru’s Diego Elias in the previous round.

“If I didn’t back it up today physically, if I was going to lose today, then it would have been because he was better than me, not because I was physically tired.

“He played amazing in Egypt to beat me in three, and I had to watch this match and analyse it with my team and see what went wrong. I felt I couldn’t cope with his pace. Maybe when I was young I used to play faster than him, but I think my body is telling me that I cannot play as fast as before and I have to use my brain a little bit. I think I played with my brain, I didn’t play emotionally, and I think I got my tactics right from the first point.” 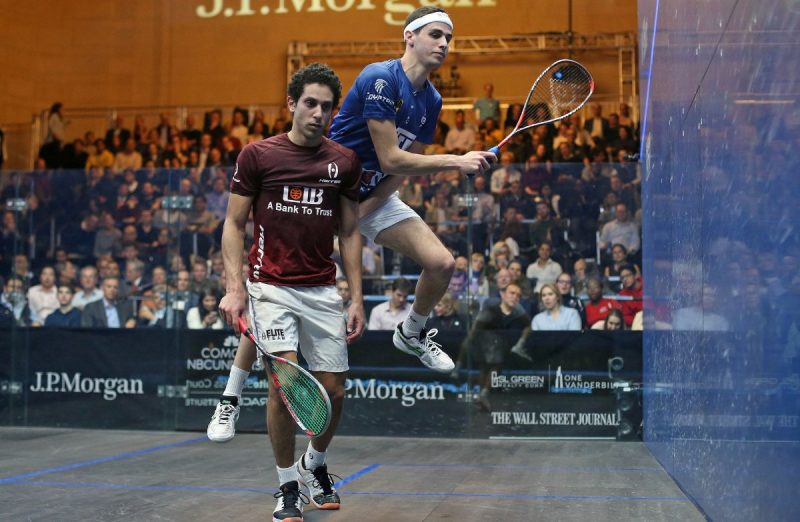 ElShorbagy and Farag will now contest a second Platinum final in a row, while it will be the ToC’s first all-Egyptian men’s final. Farag will look to get his own back after losing in straight games in the final of November’s Hong Kong Open.

Harvard-graduate Farag bowed out in the semi-finals of the Tournament of Champions last year after losing to Momen, but this time the win went the way of the former as he closed out an 11-9, 11-8, 11-3 triumph in 42 minutes to reach his fifth PSA Tour final in a row.

“It is not hard to say that it is tough to play against Mohamed,” said Farag.

“He has proven that he is the toughest player to face to play against both mentally and physically. He has it all really, it is always exciting when you play against him, you know it is going to be a big one. We played twice so far this season, with the score at 1-1.” 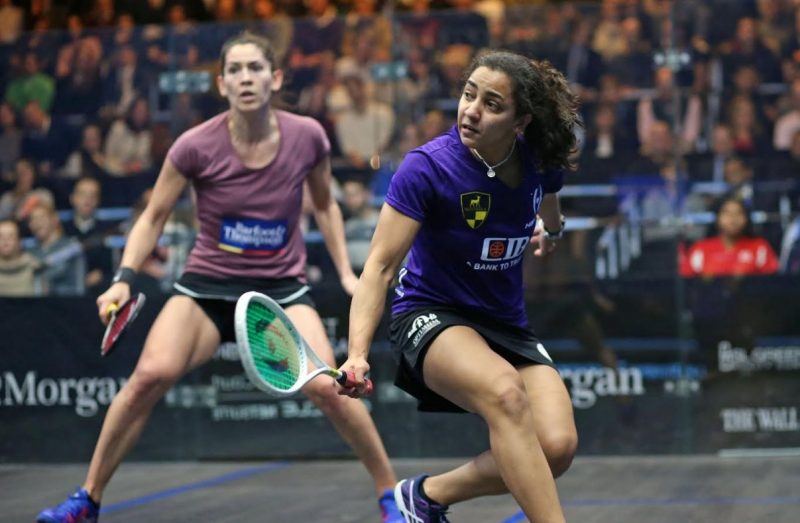 The women’s final will also be contested by the World No.1 and World No.2 as Raneem El Welily and Nour El Sherbini claimed semi-final wins over World No.4 Joelle King and World No.3 Nour El Tayeb, respectively.

“The entire match was very tough, mentally and physically, it was brutal,” said El Welily, the 2015 Tournament of Champions winner.

“I remember being down [in game three], it’s not something you forget. I was being positive at the time and told myself to keep pushing because it didn’t matter what happened in this game, I just had to do my best and give it 100 per cent.” 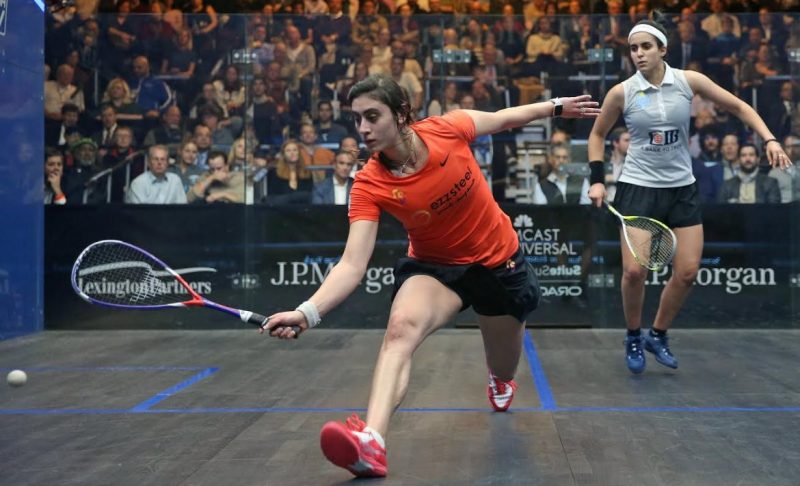 Meanwhile, defending champion El Sherbini defeated El Tayeb in a repeat of last year’s final. The 23-year-old snuck wins in games one and three, before powering home to victory in a one-sided fourth game to seal a place in her third Tournament of Champions final.

El Sherbini and El Welily will now go head-to-head for the 20th time on the PSA Tour, with El Welily winning 10 of them. It will be the 12th time that they will have contested a PSA Tour final, and El Welily has taken the win on six of those occasions.

“It means a lot [to reach the final], I wasn’t really happy with my squash over the last few months, but I’m happy that I went back home, regrouped and trained hard,” said El Sherbini, whose 31-month reign at World No.1 was ended by El Welily last month.

“[Raneem] has taken the No.1 spot, but it’s just another match. I need to rest and focus for tomorrow, and I’m sure it’s going to be even tougher than today and more fair. We’re very good friends and it’s going to be a good match, hopefully.”