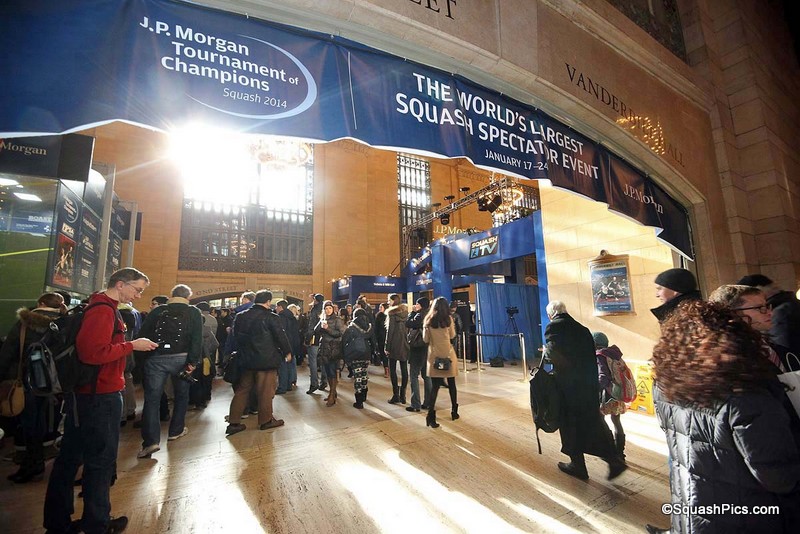 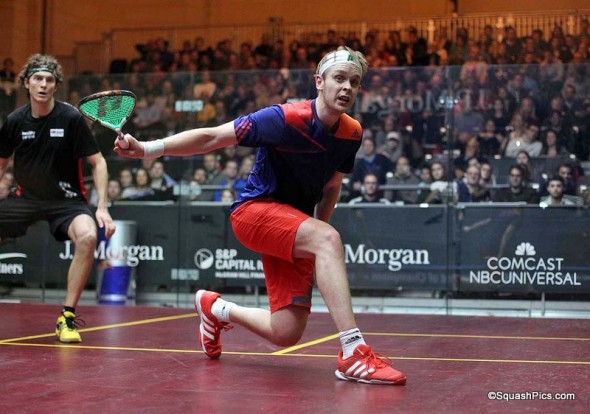 England No.2 and World No.4 James Willstrop came through a challenging encounter with Australian Cameron Pilley at the J.P Morgan Tournament of Champions earlier today to book his place in the quarter-finals. 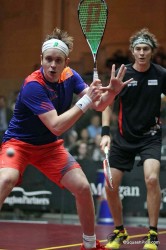 Willstrop came through in straight games but was forced to work hard for his victory with two games decided on a tie-break.

“It was a tight game and a bit of a scrap in places, especially in the first and third games,” said Willstrop.

“I played well in the second game but I’m not managing to my put my game together on a consistent enough basis at the moment but you always take a win and to win when you’re not at your best is a bonus.

“It was testament to Cameron in how he came back in the third. I was getting on top and he could have let his head drop but he’s a world class player and showed his talent.” 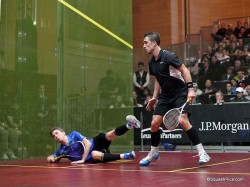 Willstrop will now face compatriot Peter Barker who beat French World No.25 Mathieu Castagnet 3-1 to earn his place in the quarters.

“Pete and I have played a lot and I think we’re both finding our feet in ways this week,” said Willstrop.

“He’s shown that he’s worked hard to come back from injury and win two matches so far so he’s obviously in great shape at the moment.

“He’s a great athlete and never gives you anything lightly and he’s tough to crack so I need to try and put my game together to get past him. I’m in another quarter-final which is exciting so hopefully I can keep going and get the win.” 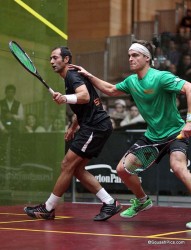 Egyptian maestro Amr Shabana came through his second round game, putting in a superb performance to dispatch Laurens Jan Anjema 3-0 and book a quarter-final berth against World No.1 Nick Matthew, who dispatched South African Stephen Coppinger 3-0.

“I think today I played as well as I ever could,” said Shabana. “LJ is a big guy with a lot of great skills so I was very focused to play the right game against him. 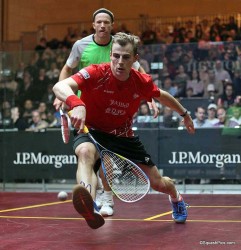 “Every game is different but I was very happy with my game today and hopefully I can keep that up,

“I have a lot of found memories of playing here and especially from earning the No.1 ranking in this event so to go further this week, in the first event of the year, would be amazing.

“First I have to get past the World Champion and that will be an extremely hard task. Nick is in a great run at the moment but I’ve been close a few times in our last few matches so I’ll just concentrate on playing my game and see what happens.” 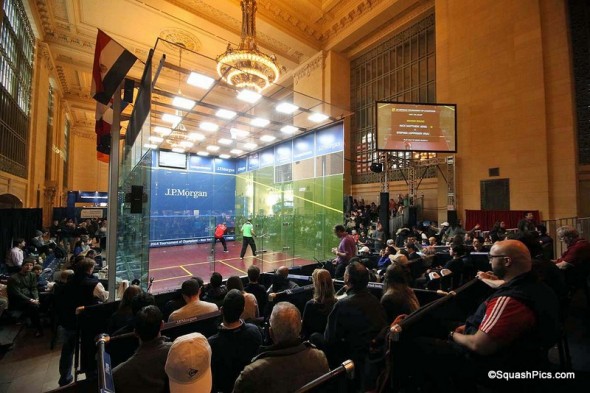 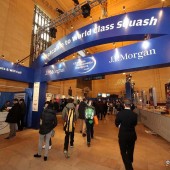 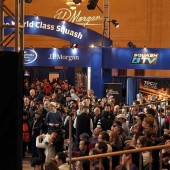 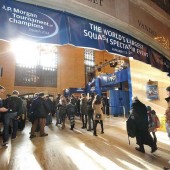