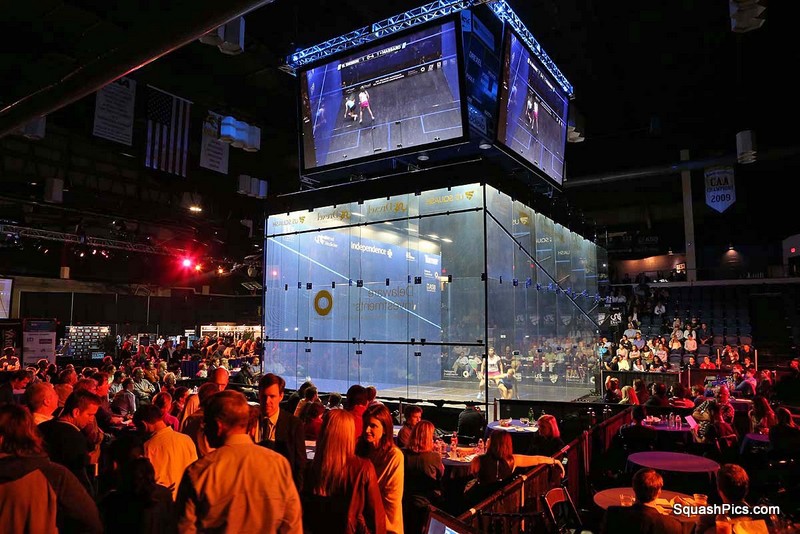 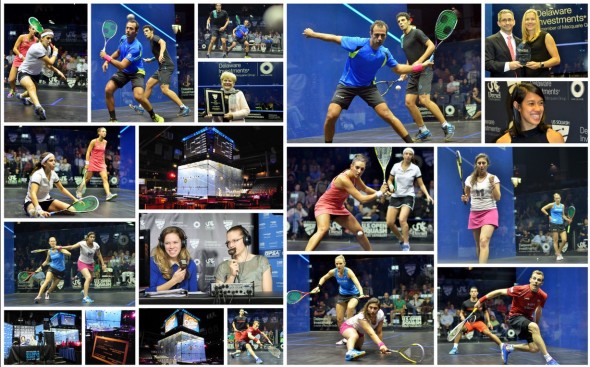 Shabana Sails Into US Open Semis 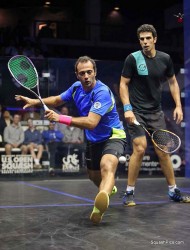 Four-time World Champion Amr Shabana eased into the semi-finals of the 2014 Delaware Investments US Open courtesy of a comfortable 3-0 victory over compatriot Omar Mosaad at Philadelphia’s Drexel University.

The two-time US Open champion took just 36-minutes to see off Mosaad, nine years his junior at 26-years-old, in a standout performance that saw the ‘Maestro’ produce some dazzling skills whilst displaying his impressive physical prowess.

Shabana will now take on current World Champion Nick Matthew, whom he beat at the quarter-final stage of the J.P. Morgan Tournament of Champion in New York in January, for a place in the final on Saturday.

“I was fortunate in that I played my best today and Omar was a little off his game as he usually gives me a pretty tough battle,” said Shabana.

“But I’ll take it to get to the semi-finals and I’m happy to be through.

“Nick is an unbelievable athlete and I will have to give it my all against him in tomorrow’s semi-final. I will need to be at my best to be able to compete with him but I hope I can do that and put on a great show for the fans.” 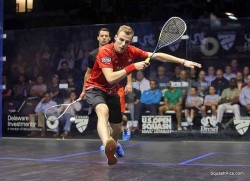 Victory in that match-up against Matthew could see Shabana, who held the number one ranking slot for 33-months from 2006 – 2009, deny the Englishman the chance of regaining the No.1 ranking he last held in March as he enters a three-way battle with current incumbent Gregory Gaultier and World No.2 Mohamed Elshorbagy to top the chart in November.

Matthew, who booked his semi-final place following a 3-0 win over Fares Dessouki, has to win the tournament in order to have any chance of returning to No.1 but he says his eyes are not fixed on the rankings table.

“All the talk about rankings has been about Mohamed and Greg and I’m happy to fly under the radar at the moment,” he said.

“A lot has been said about those two and rightly so, they are the best two players around at the moment and everyone else is trying to get up to their level but there’s a lot of good squash to be played in the bottom half of the draw as well and it’s always a great game against Shabana.

“This is my first tournament back after a long summer break after the Commonwealth Games so I’m taking the pressure off and just enjoying playing my squash.”

Egyptian teenager Nour El Sherbini celebrated her return to WSA World Tour action after a five-month layoff in sparkling fashion – bringing down England’s world champion Laura Massaro in the Women’s Delaware Investments US Open to reach the semi-finals of the WSA World Series Platinum squash event in Philadelphia for the first time.

It was back in March that the pair last met – in the final of the WSA World Championship in Malaysia where Massaro clinched victory 11-9 in the fifth to win the sport’s most prized title for the first time. 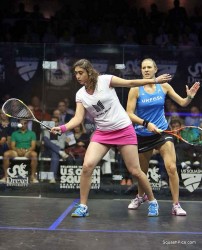 After a cagey opening before a capacity crowd on the all-glass court at Drexel University, it was 18-year-old El Sherbini who imposed her will to pull away from four-all, forging ahead to 10-6, then making a couple of unforced errors as Massaro reduced the deficit to 9-10. A trademark volley drop gave El Sherbini the game – then she started the second well, leading 4-2.

But then the world No9 from Alexandria switched off. Or world No2 Massaro stepped up – but the outcome was that the 30-year-old from Preston won the next phase of the game 19-1 as she took the second 11-4 game and the third 11-1!

“Omar [Elborolossy] told me in between games I had to start playing deep shots, to stop her controlling the game,” said El Sherbini afterwards.

The advice clearly worked – the three-time world junior champion led 5-2, then 8-5 before taking the fourth 11-6, and keeping a point or two ahead in the decider. 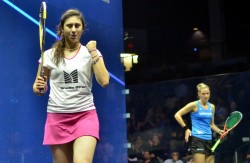 “I’m so happy, I was really focussed to win this match,” said the triumphant El Sherbini. “Last time in the World Open final I was leading 6-2 in the fifth, so I really didn’t want to lose again.

“I don’t know what happened in the middle, I was just happy to be able to come back and win it.

“My aim coming into this tournament was just to make the glass court, and now I’m in the semi-final. I feel I’m playing better and better every match so I hope I can continue to play well tomorrow against Camille – she’s a very tough player but I’ll try my best.”

A subdued Massaro told her Twitter followers later: “Lost tonight in the QF of the @USOpenSquash to Nour. Pretty disappointing for me but a break from events now and back to it in December.” 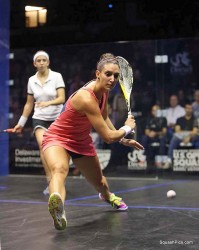 “I felt like I had two opponents today – Yathreb and myself,” said Serme after surviving the longest match of the championship. “I had to push so hard physically and mentally to keep going and play better, but Adel played well. She used everything so that’s the game you know. I had to deal with this, but I’m glad to win today.” 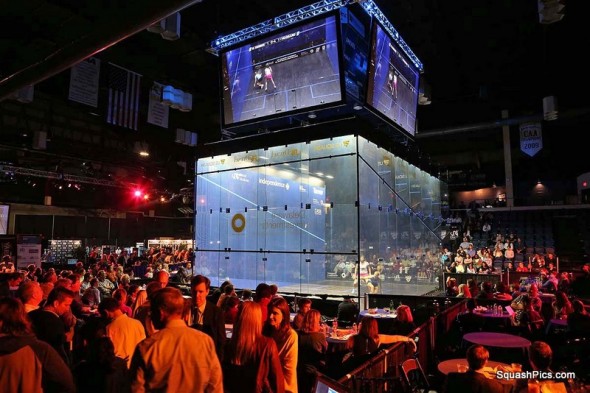