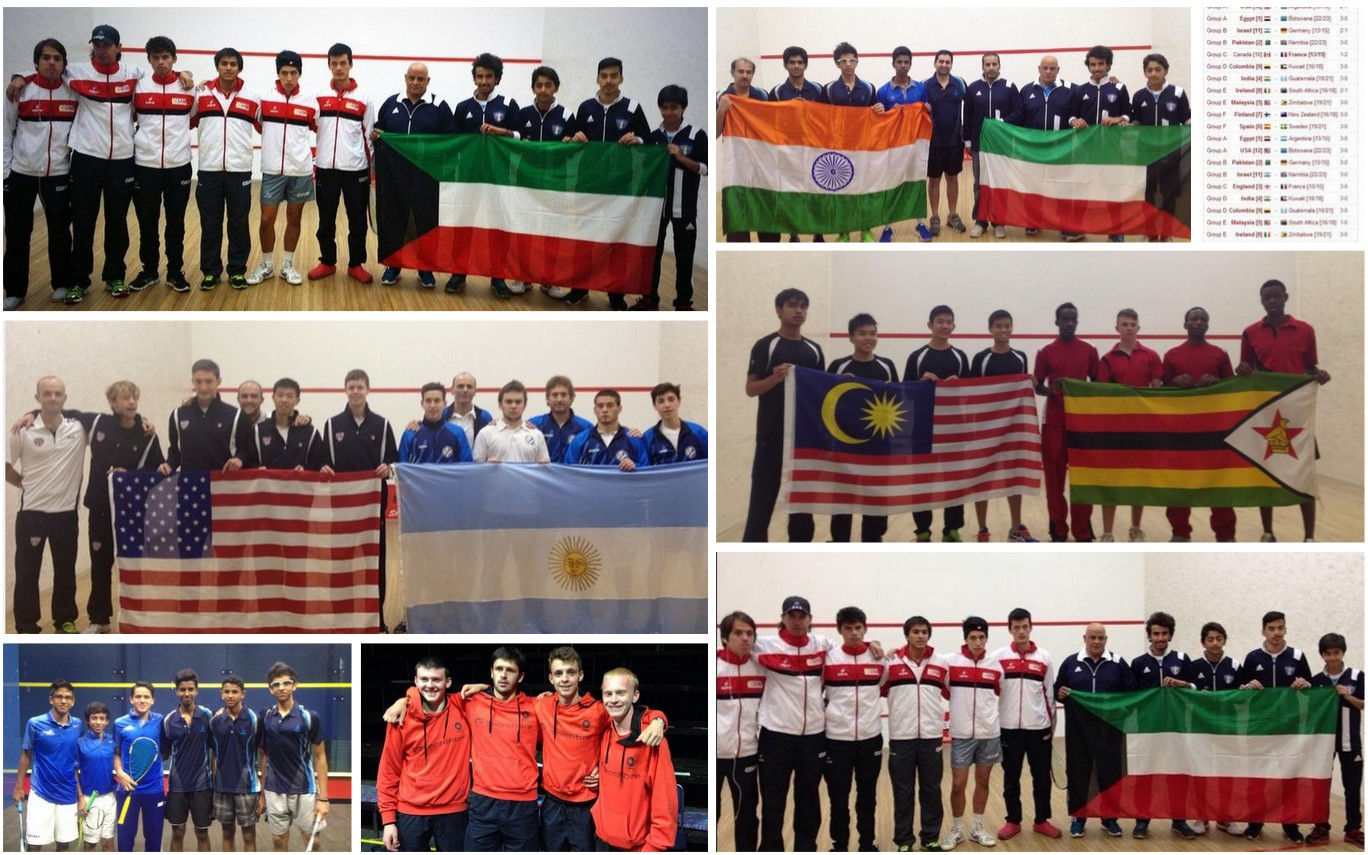 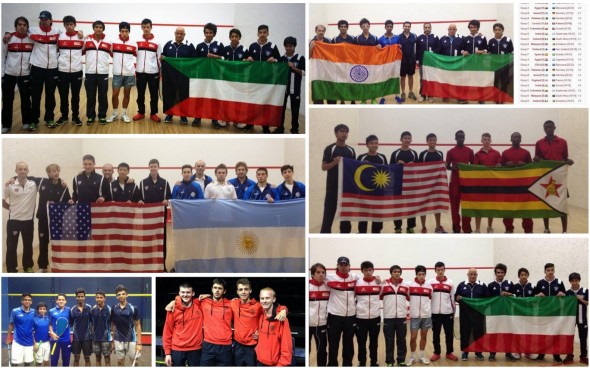 Exactly 20 years after last making the quarter-finals of the WSF Men’s World Junior Team Squash Championship,Finland marked their return to the top eight after beating Colombia 2/1 in the 1st-12th place play-offs in the biennialWorld Squash Federation event being staged at the Wanderers Sports Club in the Namibia capital Windhoek. 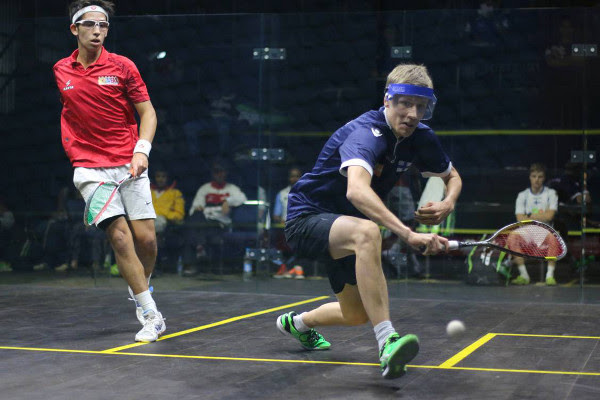 After his younger brother Miko Aijanen went down in five games to Colombia’s Dairo Sandoval, Finnish number oneJami Aijanen led his team to success with a 61-minute 11-8, 9-11, 11-9, 11-9 win over Andres Felipe Herrera (both pictured above).

Finland, who finished in 16th place in their last appearance in the championship in 2008, will be hoping to emulate their fourth place finish in 1994 in New Zealand when they take on Pakistan in the quarter-finals.

Second seeds Pakistan, champions in 2008, are bidding to make the final for the seventh time in a row since 2002.

It was in 2000 that Spain last finished in the top eight, in Italy, equalling their best-ever fifth place finish. The team celebrated their return to the quarter-finals in Windhoek after seeing off Israel 2/1, following Spanish victories by Iker Pajares Bernabeu and Bernat Jaume.

Victory by England over 10th seeds Canada in the final qualifying rounds of the WSF Men’s World Junior Team Squash Championship in Namibia ensured a place for France in the play-offs for the top 12 positions in the biennialWorld Squash Federation event being staged at the Wanderers Sports Club in the country’s capital Windhoek.

France, seeded in the 13/15 group, upset Canada on the opening day – and will now take on eighth seeds Ireland in the knockout stages, certain to improve on their 14th place finish in the 2012 championship in Qatar.

Egypt, the defending champions looking for a third successive title, suffered a scare in their final qualifying tie against 12th seeds USA in Pool A. Mohamed Elgawarhy put the favourites ahead with a 3/0 win over Mason Ripka – but USA drew level when 17-year-old Timothy Robert Brownell battled to a straight games win over Egyptian No3 Youssef Aboul-Makarim in just under an hour.

2013 world junior champion Karim El Hammamy steadied the Egyptian ship however when he beat USA’s Max D Reed11-9, 11-9, 13-11 in 41 minutes to maintain his country’s unbeaten run in the qualifiers. 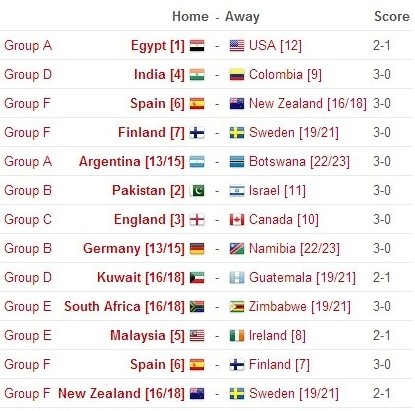 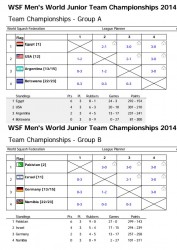 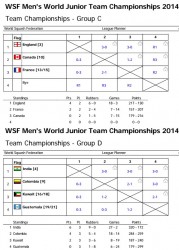 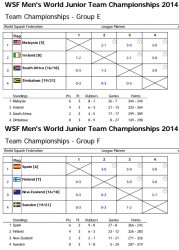 Top seeds Egypt and Pakistan, who have contested the event’s final over the past decade, claimed a pair of wins apiece on the opening day of action in the WSF Men’s World Junior Team Squash Championship at the Wanderers Sports Club in the Namibia capital Windhoek.

Defending champions Egypt, the top seeds, brushed aside both Botswana and Argentina 3/0 in Pool A, while second seeds Pakistan – winners of the title for the fourth time in 2008 – despatched hosts Namibia and Germany by the same score to advance in Pool B.

France produced the only upset of the day after recovering from a match down to beat 10th seeds Canada 2/1 in Pool C. But, later in the day, the 13/15 seeds went down 3/0 to third seeds England, winners of the title in 2000. 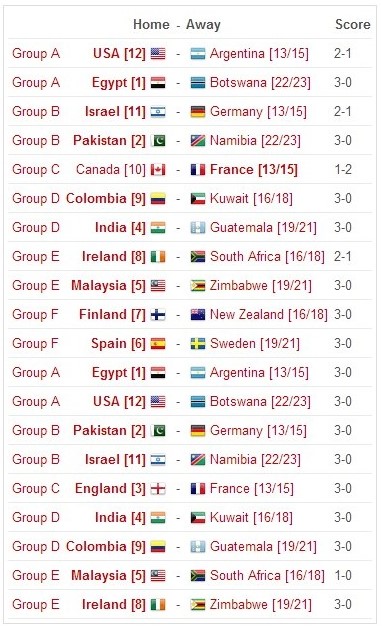