The top two seeds moved safely into the semi-finals of the Case Swedish Open following contrasting quarter-finals in the long-established PSA World Tour International 70 squash event at the Linköping Sporthall in Linköping.

In what was described as ‘the tournament’s best game so far’ by event spokesman Niklas Lillman, Egypt’s world No4Karim Darwish overcome Nicolas Mueller in four games to maintain his unbeaten record over the Swiss number one.

After second seed Darwish won the first two games in comfortable style, Mueller got off to a good start in the third and went on to take the game to reduce the deficit. 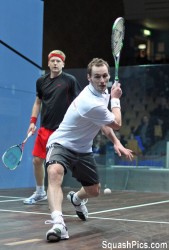 By contrast, French favourite Gregory Gaultier took only 26 minutes to earn his place in the last four after despatching England’s Tom Richards, ranked 19 in the world, 11-6, 11-2, 11-5.

Gaultier, the world No3, will now take on another Englishman Peter Barker after the No3 seed beat South AfricanStephen Coppinger 11-5, 11-4, 11-5.

Unseeded Daryl Selby maintained his powerful run in the event. After upsetting fourth seed Thierry Lincou in the opening round, the world No12 from England recovered from a game down to see off Germany’s Simon Rosner 2-11, 11-8, 11-8, 11-5 in exactly one hour.

“We have had four very good days here at the Case Swedish Open, including two days of qualification and now two days in the main draw on the glass court,” said tournament promoter Fredrik Johnson.

“Saturday looks very promising with all the semi-finalists being in the top 12 in the world. It will be a very big crowd at the arena and it looks as it will be sold out.

“We also a very good pro am when Greg Gaultier played a game with Stefan Edberg,” added the former top-ranked Swede. 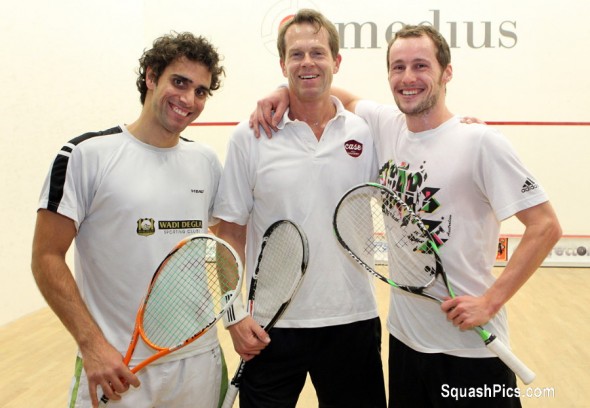