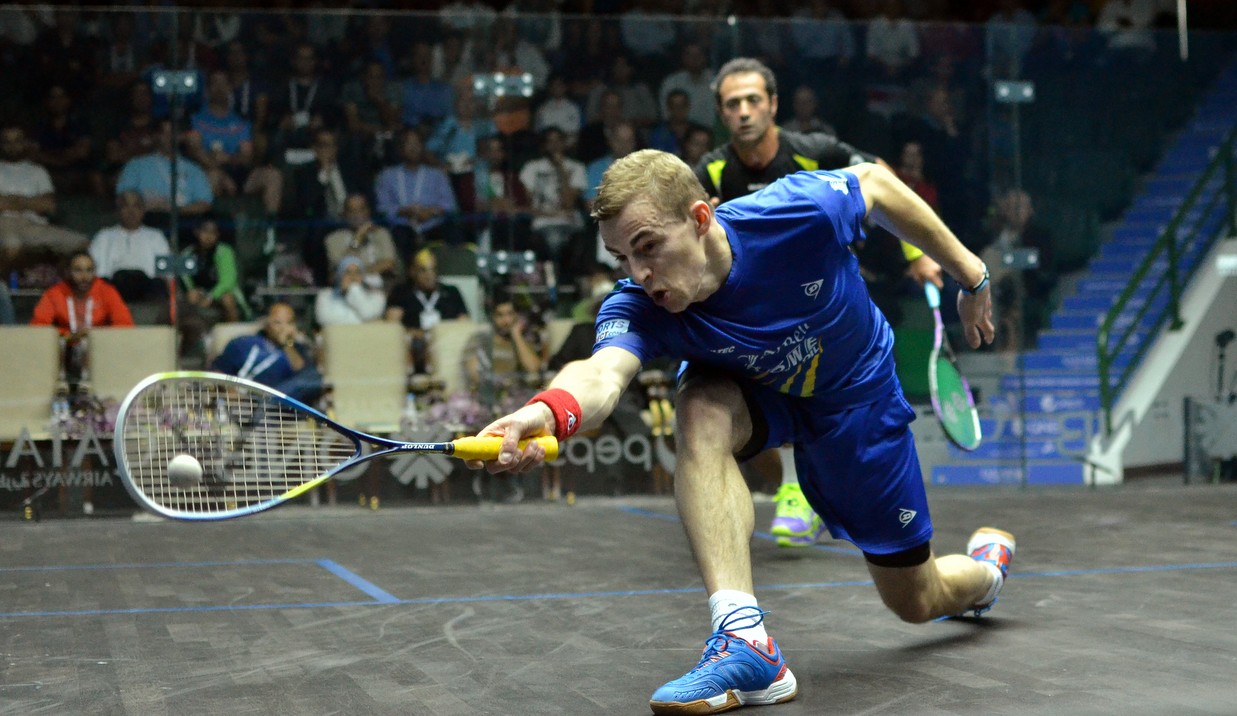 Defending champion Nick Matthew and current World No.1 Mohamed Elshorbagy will go head-to-head in the semi-finals of the 2014 Qatar PSA World Championship in what is certain to be a blockbuster encounter. 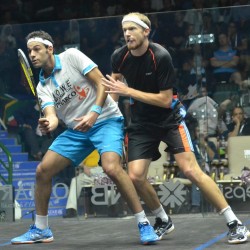 Coming into the tournament in Doha, Elshorbagy, 11-years Matthew’s junior, claimed his title rival was ‘past his peak’ while Matthew hit back stating Elshorbagy has only been number one for ‘five minutes’ and the duo will now meet in a crucial encounter where they’ll be aiming to back up their words with victory on the court.
“I know what to expect from Mohamed tomorrow,” said Matthew, who booked his place in the last four with a resounding 3-0 win against four-time World Champion Amr Shabana. 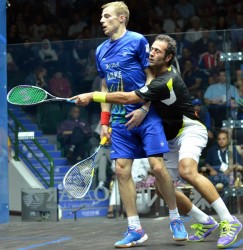 “He is an extremely strong player and I’ll be preparing myself to deal with that. I’m going to enjoy the way I played tonight and then I’m going to refocus.
“I’ve proved that I still have the hunger to compete this week and I’ve not come here to end my run at the semi-finals. I’ve probably not got a million years left in these events so I’m going to try and make the most of it.”
The duo last met in the semi-finals of the Allam British Open in May, when Matthew used his experience to get past the Bristol-based man from Alexandra 3-2 in a brutal 104-minute encounter, but Elshorbagy expects a different outcome tomorrow. 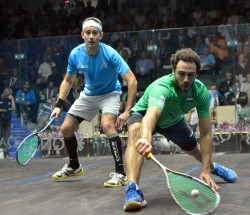 “Nick looked in great form in his match today and I know he wants to break another record and become the oldest World Champion,” said Elshorbagy, conqueror of South African Stephen Coppinger in the quarters.
“But he made a comment before the tournament that I have only been number one for a few minutes and I think he needs to be a little bit careful. 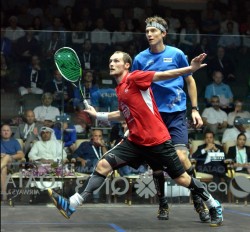 “He likes to stand up a lot between games and my advice to him is that he should sit down and get that rest tomorrow because I’m going to play at a pace that he won’t be able to handle.”
The winner of their crunch encounter will face either two-time World Champion Ramy Ashour or four-time runner-up Gregory Gaultier in the final after they cam through the encounters with Borja Golan and Cameron Pilley, respectively, with Ashour completing a remarkable come-from-behind triumph in his encounter.