The brave run of home hero Miguel Angel Rodriguez came to an end in the final of the Club El Nogal Bogota Colombian Open when Egypt’s Tarek Momen claimed the PSA World Tour International 35 squash title after almost an hour-long battle at Club El Nogal in the Colombian capital Bogota.

Unseeded Rodriguez, the Colombian number one, reached his fourth national open final – and the 27th Tour final of his career – after a sensational run which included upsets over the top seed and defending champion Mohamed El Shorbagyand fourth-seeded South African Stephen Coppinger.

But third seed Momen was hungry for success in his maiden appearance in the long-established Tour event in South America. 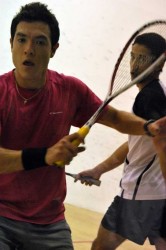 Playing on his home club courts, 26-year-old Rodriguez took the opening game. But the 24-year-old from Cairo struck back.

“In the second game, Rodriguez’s endurance began to wear out given the previous matches and he became imprecise, while Momen tightened his drop shots and tied the match to one-all,” said tournament spokesman Juan Carlos Santacruz. “The continuous unforced errors of Rodriguez and his anxiety in the rallies gave the Egyptian the advantage, becoming more confident in his attack.”

Rodriguez led early in the fourth game, but at nine-all in the fourth took a brief injury break after an accidental clash with his opponent’s racket.

“Today was a really tough match as I expected tough competition from Miguel, but I wouldn’t have thought he would put on such a great performance after two hard matches he had during past couple of days,” said Momen after winning his second – and biggest – title on the PSA World Tour. 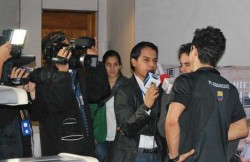 “He is a true champion and I am so happy to have pushed myself so hard to win that fourth game.

“I have had the most amazing week here in Colombia,” added the world No19. “I would like thank the organizing committee, the sponsors and all the amazing Nogal Club members, for their great hospitality and support during this entire week, and making this event a great success.

“I also want to thank the people who have supported me all the way back home, my parents, coaches, teammates and friends. I am not mentioning names, so no one gets upset, hahaha!!”

Rodriguez was also more than happy with his performance: “It does not matter about the result today, but from the last three I think I prepared myself pretty well to start the season with good results.”

Of his victory over El Shorbagy, the world No25 added: “Mohamed is a fast guy on court, and has great abilities with his wrist which makes it more difficult to read and finally reach a ball. I wanted to win it at home and I think the key of this match was mental strength and determination in every shot.

“I did it, and finally after seven years of joining the PSA, I have beaten a top 10 guy – one of the goals for a player around my ranking!

“With Stephen, I knew that I was going to be as hard as Shorbagy as we have been training in Orlando together already for a few weeks. He is a steady, strong guy that does not give you easy points. For me it was important to win it to reach again a second consecutive final – the third game was a thriller!

“I want to say thank you to my Dad, Angel Rodriguez, who has been working since I started playing; Sardar Ali Khan who has taught me a lot of things which have helped me achieve a lot of great results since 2008; and now David Palmer, who has changed a few things in my game, which seem to be working!” 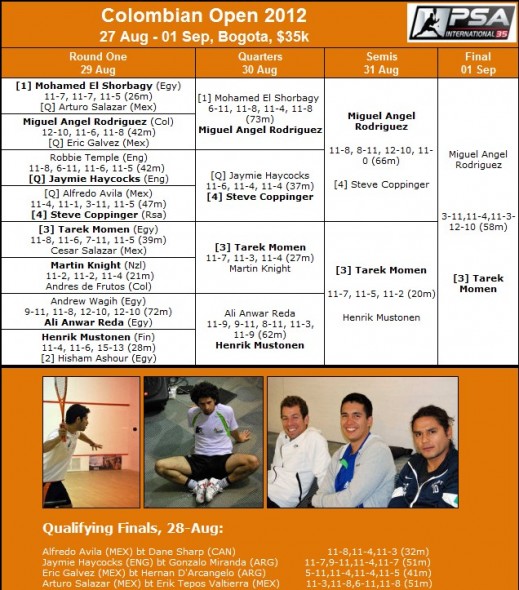 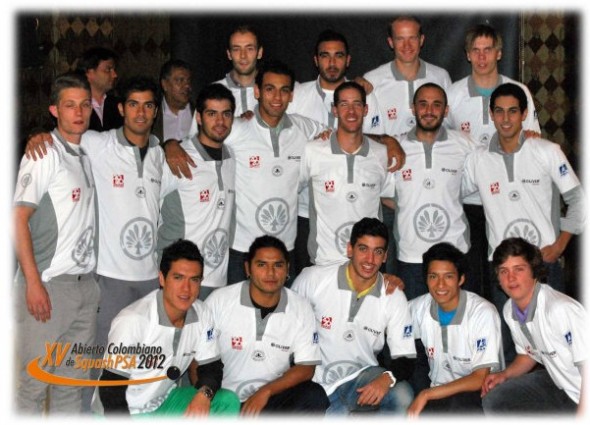