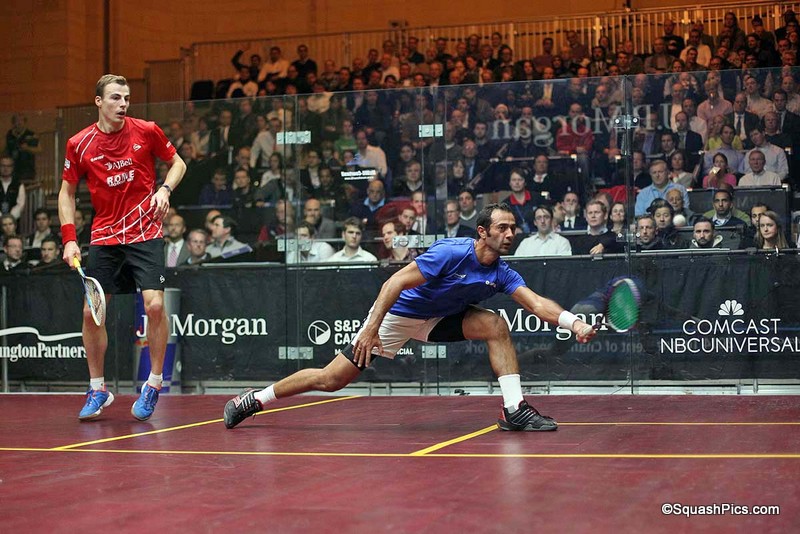 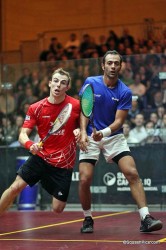 Four time World Champion Amr Shabana pulled off the upset of the tournament so far at the J.P Morgan Tournament of Champions, defeating World No.1 Nick Matthew in a thrilling 3-2 contest.

Shabana was at his sublime best to get past Matthew, who has been in arguably the best form of his career in recent months since winning the 2013 World Squash Championship in Manchester in November. 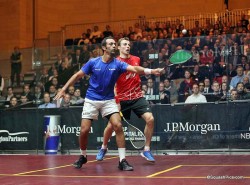 “That was probably one of the best matches that I have played in a long time,” said Shabana,

“Nick is the World Champion and the World No.1 and he’s beaten me in the last four or five games that we played so I had to play at my very best to beat him. I had a game plan and I stuck to it and thankfully it worked.

“Every time you lose you learn something new and even today I felt he was pushing very hard. He’s probably the best guy out there at the moment but we’re all competitors and you can’t always win and thankfully today it was me who snuck the victory today.” 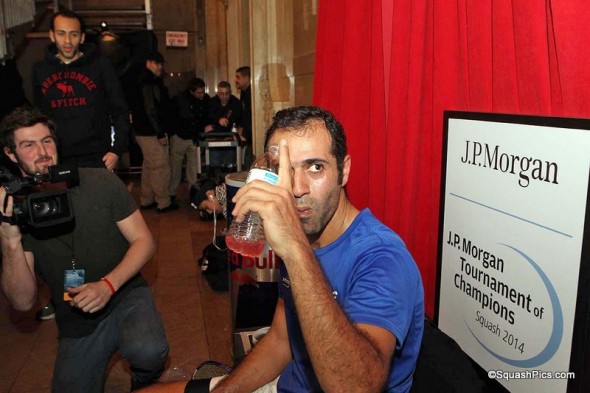 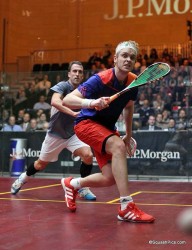 Shabana will face England’s James Willstrop in Thursday’s semi-finals after the Pontefract player got past compatriot Peter Barker 3-1.

“It’s not been my best week of squash,” said WIllstrop after his match. “But I improved again a little bit today.

“Pete gave me a lot to think about but I’m through to a semi-final and I’m old enough now to know that you can turn things around and get through the rusty patches.

“I’m not playing badly but I haven’t set the world on fire.

“Every player would say that Shabana is at the top of their list. His ball striking and natural purity is great and I enjoyed watching him play Nick. It was  a long game but he’s used to it and he’s strong so I don’t think that will have a big impact.

“It excites me to be in the semi and I’m going to enjoy that for 48 hours. I like playing here and I like playing Shabs so I’m looking forward to it.”

Grand Central was alse the venue for the final two first round matches in the WSA $50k Gold event, as world #1 Nicol David made her ToC debut with a straight-games win over Hong Kong’s Annie Au to set up a quarter-final meeting with fellow Malaysian Low Wee Wern. 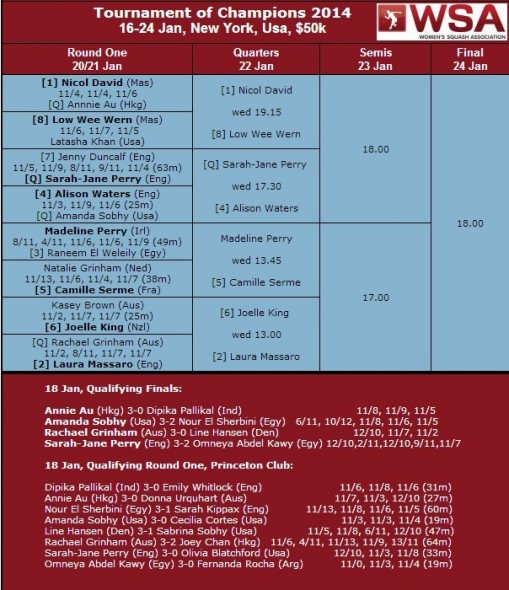