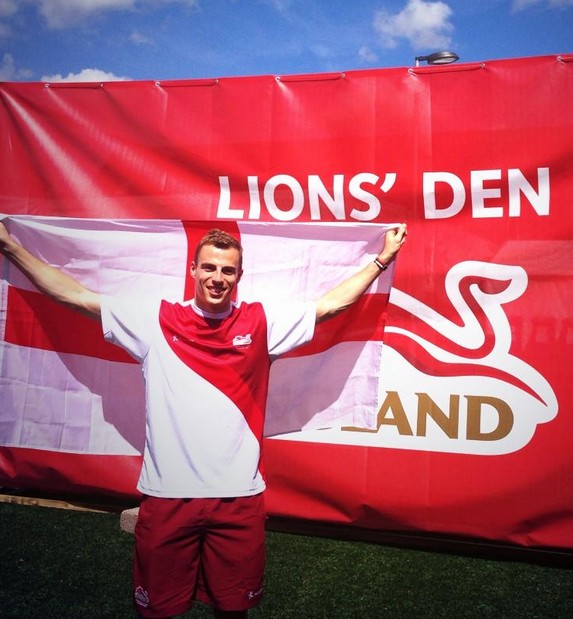 Squash is basking in the glory of having three of its elite athletes chosen to be flag-bearers at the opening ceremony of the 2014 Commonwealth Games in Glasgow tomorrow evening.

After Malaysian superstar and women’s world number one Nicol David was given the honour of leading the eight Asian countries into the arena, world No20 Chris Simpson was elected the Guernsey flag-bearer – then this afternoon it was revealed that Team England’s athletes had voted three-time world champion Nick Matthew to carry his country’s flag! 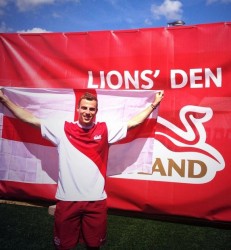 “It’s a great honour to be chosen to carry the flag by this incredibly talented team of athletes from Team England,” said Matthew, the 33-year-old world No2 from Sheffield who is seeded to retain both the Men’s Singles and Men’s Doubles gold medals he won in Delhi in 2010.

“The Commonwealth Games is a pinnacle for squash players in a multi-sport Games environment, and I feel extremely proud to represent all the different sports and athletes here as we unite as Team England.

“I can’t wait to share that very special moment with the whole of Team England before we get down to the business of bringing home the medals for our country.”

Nicol David, winner of the Women’s Singles gold medal four years ago and now competing in a record-equalling fifth successive Games, has topped the world rankings unopposed since August 2006. “I feel privileged and honoured to lead the Asian continent in the Commonwealth Games,” said the record seven times world champion on hearing the news. 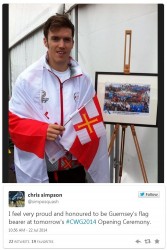 World Squash Federation President N Ramachandran could not hide his delight at the recognition achieved by the trio: “It is a great honour for our sport that three squash players will be carrying the flag of their country at the Commonwealth Games Opening Ceremony.

“We are very proud of them, and their selection shows just how highly esteemed Nicol, Nick and Chris are by their nations.”

British rowing icon Sir Matthew Pinsent was one of the first to offer his congratulations to Matthew: “Congrats to @nickmatthew squash – wonderful choice for ENG flag bearer,” tweeted the four-time Olympic gold medallist.