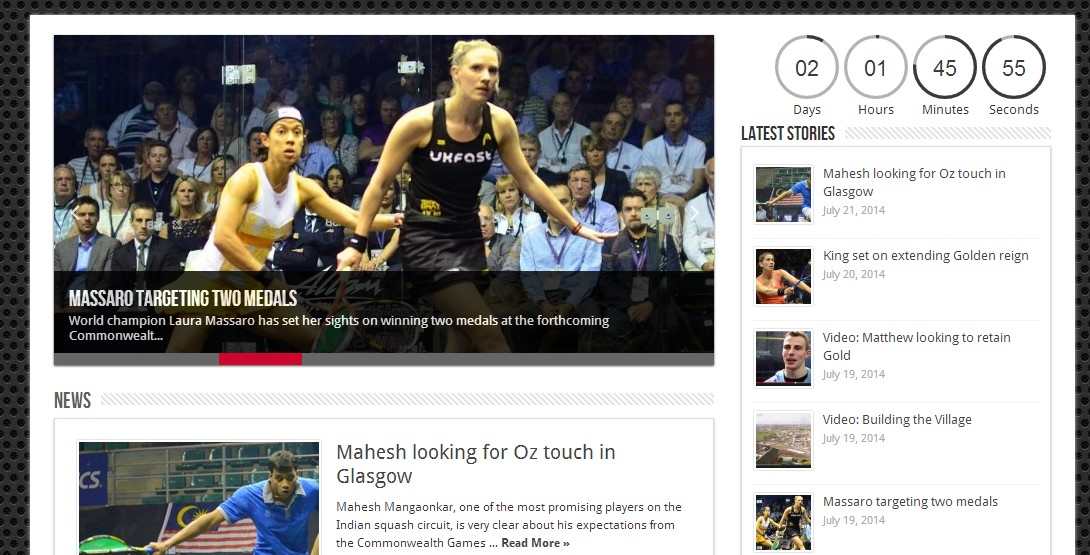 The eyes of the Squash world will be sharply focussed on Glasgow over the next two weeks when the sport’s elite challenge for medals in the 2014 Commonwealth Games in Scotland.

Players from 31 nations – led by ‘giants’ England, Australia, New Zealand, Malaysia and India, but also including ‘minnows’ like Norfolk Islands, Mauritius and Papua New Guinea – will compete in five disciplines, including men’s and women’s singles, and men’s, women’s and mixed doubles.

Squash, a core Commonwealth Games sport, is celebrating its fifth appearance in the Games after making its debut in Malaysia in 1998. 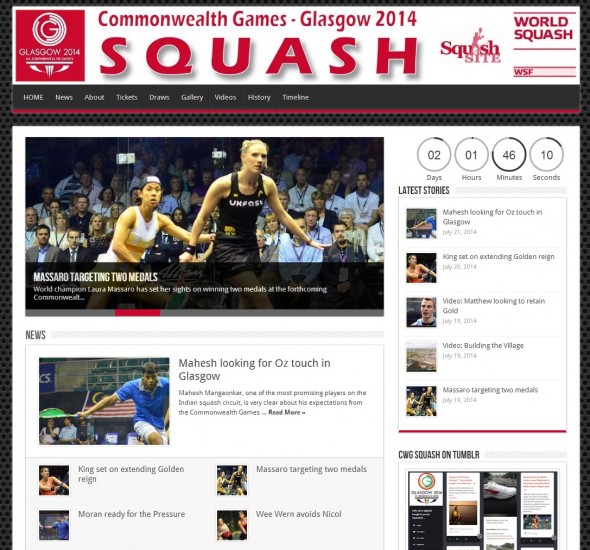 England are expected to head the medals table for the second time in a row – with world No2 Nick Matthew, the three-time world champion from Sheffield, seeded to retain both his men’s singles and men’s doubles gold medals, thereby emulating the four-gold-medal record of legendary compatriot Peter Nicol.

Nicol David, the 30-year-old from Penang celebrating a record-equalling fifth successive appearance in the Games, is firm favourite to retain the women’s singles gold medal for Malaysia. But the world No1 since August 2006 will face determined opposition from England’s world No2 Laura Massaro, the reigning world champion from Preston.

Massaro is seeded to win her first gold medal in the women’s doubles, where she is partnered by former world No2 Jenny Duncalf, from Yorkshire – the silver medal pairing in Delhi in 2010.

Australia, who topped the medals table in 1998 and 2006, have lured David Palmer out of retirement to make a fifth successive appearance in the Games. The 38-year-old former world No1 and world champion partners world No20 Cameron Pilley in the men’s doubles – bidding for a record seventh medal, but a first gold.

Pilley and Kasey Brown are seeded to provide Australia’s sole gold medal in the mixed doubles, retaining the title the pair won in Delhi.

New Zealand, top of the 2002 medals table in Manchester after winning women’s and mixed doubles gold, will be hoping for repeat double-medal success in Delhi for Joelle King. The 25-year-old world No4 is seeded to retain silver with Martin Knight in the mixed doubles, and earn a first singles medal with women’s bronze.

India has its best chance to break into the Commonwealth Games medal table for the first time. World No16 Saurav Ghosal, the country’s highest-ranked player of all-time, is fourth seed in the men’s singles – where he will hope to deny England a medal clean sweep for the second time in a row – while he and Dipika Pallikal are seeded five in the mixed doubles.

Scotland will be looking to doubles specialists Alan Clyne & Harry Leitch to help the hosts make the medals table for the first time since 1998. Clyne & Leitch lost the bronze medal play-off in 2010 – and are seeded fourth this time around.

The sport’s oldest competitor at Glasgow 2014 will be Ridvan Prosper, a 46-year-old from the Seychelles making his debut in the men’s singles – while Malta provides the youngest player, 15-year-old women’s singles and doubles entrantKimberley Borg-Cauchi.

Glasgow 2014 squash action takes place at the Scotstoun Sports Campus – with Singles from 24-28 July, followed by Doubles from 29 July to 3 August.