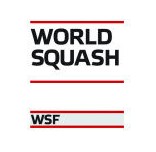 The World Squash Federation has awarded the rights to host the 2014 WSF World Cup to Egypt.

The fourth staging of the unique two-man-one-woman team event will take place at Soho Square in Sharm El Sheikhfrom 11-15 December.

It was at the same Sharm El Sheikh venue that the Women’s World Championship took place in September 2010.

The location will give hosts Egypt the chance to defend the 2011 title they won for the first time in Chennai, India, on home soil.

“The WSF World Cup features a mixed team format that allows us to showcase the best male and female players competing together for their country,” said WSF President N Ramachandran. “For us to be able to do so this year in Egypt, a squash powerhouse, is especially pleasing.”