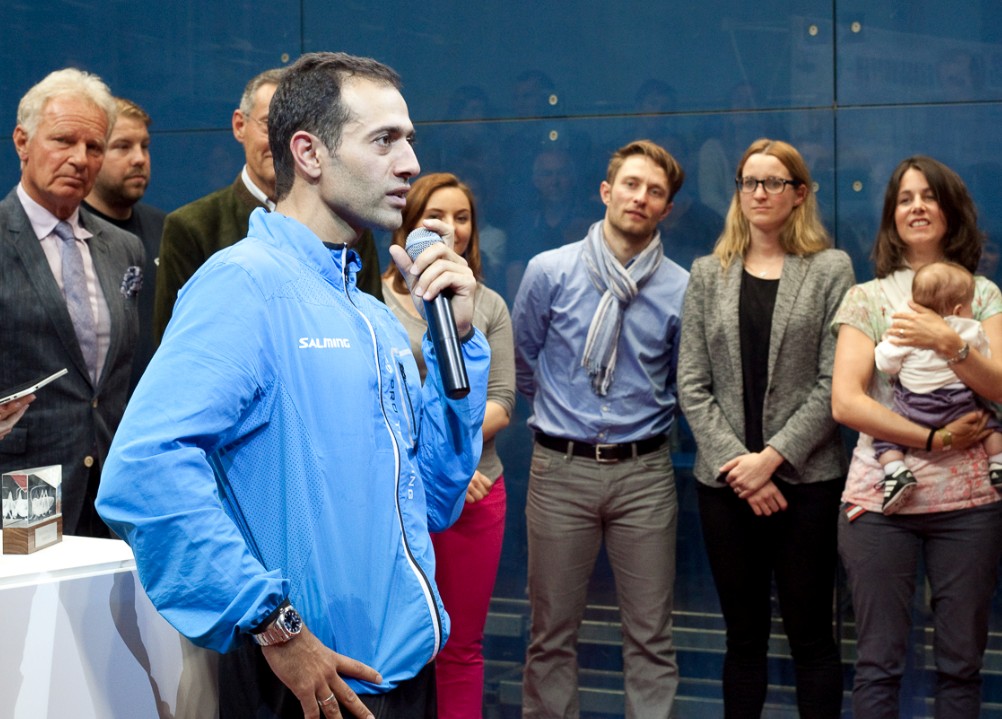 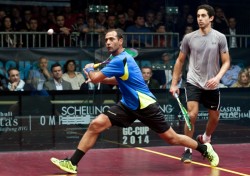 Amr Shabana outlasted young compatriot Tarek Momen in five games in the all-Egyptian final of the Grasshopper Cup, the PSA International 50 squash event at the ezw-Unterwerk Selnau in the Swiss city of Zurich, to become became the oldest winner of a PSAWorld Tour title this year.

The 34-year-old third seed from Cairo went into the match, his 47th Tour final, after a straight games semi-final victory over second-seeded Spaniard Borja Golan – whilst Momen, the No.6 seed, had taken his surprise place in the final after pulling off his second hour-plus-long upset in 24 hours, defeating favourite James Willstrop in a 93-minute marathon.

The triumph marks Shabana’s second title of the year and the 33rd of his career – and extends his Tour title-winning run to a remarkable 16 years! 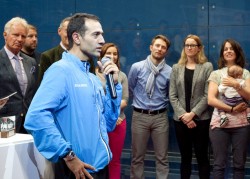 “It’s been a great week, everything fell in place together,” admitted ‘The Maestro’ later.  “I know I was a bit fortunate with a couple of matches – playing my opponents who had gruelling monster matches the day before – but I still had to seize my opportunities.

“As you saw today against Tarek, I was 2/0 up and going smoothly towards the finishing line – and all of a sudden he came back with energy and focus and it took every ounce of energy, concentration and experience to be through in the end.

“The last few points could have gone either way,” added modest former world number one Shabana.  “Fortunately it was me.” 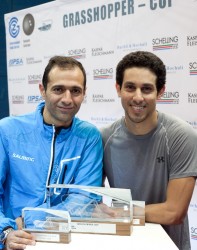 Momen, ranked 12 in the world, said:  “I’m happy with my performance today. Of course I’m a bit disappointed for being unlucky with my strings on match ball. But I guess this is karma because yesterday I had a lucky shot on match ball.

“But there are many positive things I can take out of this tournament.  Me and Amr had an amazing match today so I’d like to congratulate him and I hope I can keep up this level of performance until the end of season!” 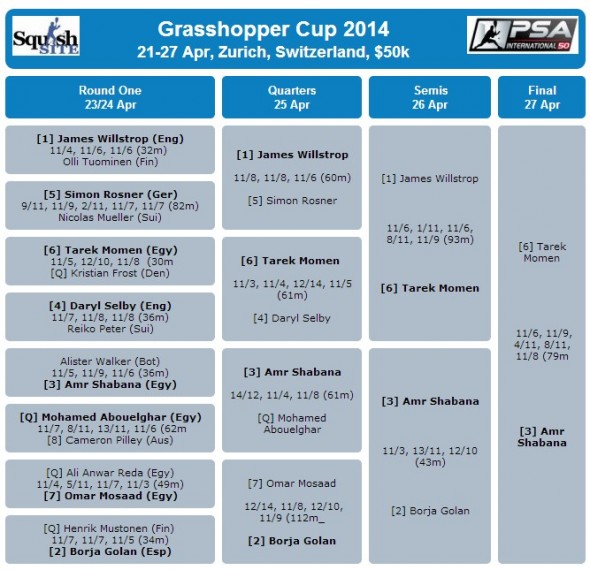