England’s Daryl Selby denied Nicolas Mueller the chance to become the first local winner of the Grasshopper Cup in the 33-year history of the event when he beat the Swiss number one in the final of the PSA World Tour International 25 squash event at the Grasshopper Club in Zurich.

And by doing so – in the first staging of the popular event for 11 years – Selby kept the trophy in English hands following the 2001 title triumph by former world No10 Mark Cairns.

Second seed Mueller, the world No24 and the country’s highest-ranked player of all-time, became the first ever Swiss player to reach the final after beating Egypt’s No4 seed Karim Abdel Gawad in the semi-finals.

And the 22-year-old from nearby Hirzel – who was also celebrating his 50th appearance in a PSA Tour event – took world No11 Selby to a tie-break in the first game, and forced the match into a fourth game after winning the third.

“I’m very happy with my win today – it’s been 15 months since my last PSA title,” said a jubilant Selby after his victory. “The tournament has been fantastically organised and I think we played a great final today to round off a superb week.” 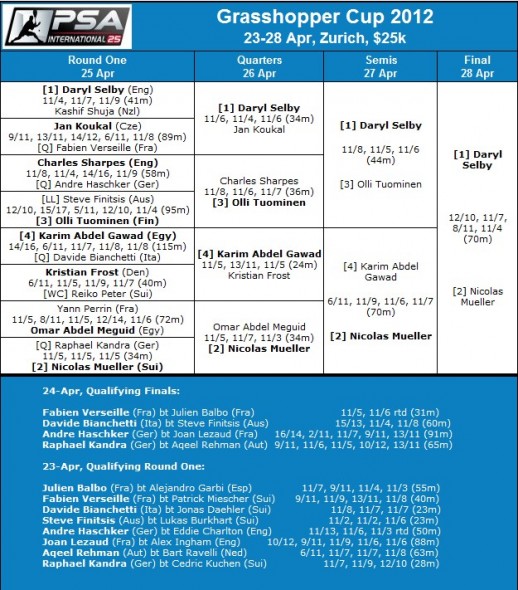