Englishman Tom Richards pulled off his second successive upset in the Open de Squash Banque Nationale Groupe Financier in Canada to win the biggest title of his career at the PSA World Tour International 35 event at Club Sportif MAA in Montreal.

In his maiden meeting with former world champion and world number one Thierry Lincou, the No2 seed, fourth seed Richards beat the distinguished 35-year-old Frenchman 11-7, 8-11, 11-8, 5-11, 11-5 to lift his fourth Tour title.

The 25-year-old from Surrey reached his biggest ever final after ousting favourite Hisham Mohd Ashour, the defending champion from Egypt, in the semi-finals.

“This was a classic battle between two classy players,” reported tournament organiser Yvon Provençal. “They shared the first two games, with both players doing similar amounts of work. Lincou was moving the ball to the four corners as he usually does and Richards switching from the retrieving mode to attack whenever the opportunity was there.

“In game three, Tom started to take the ball short on a regular basis with many outright winners. By then many thought Thierry was done, but a bad start from Tom in the fourth and solid play from the Frenchman got the crowd thinking the veteran could turn it around as he took the fourth by a significant margin. 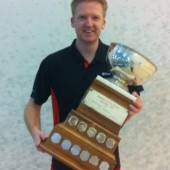 “Age caught up with him as Richards still had a lot of gas in the tank,” continued the club’s Director of Squash. “The fifth started with a few winners from Richards and a few mistakes by Thierry that gave the eventual winner a comfortable lead. He was able to close it out and earn his biggest title so far in his career.”

Richards was understandably delighted with his triumph: “Winner winner chicken dinner!” exclaimed the champion via Twitter shortly afterwards. “Scraped a 3/2 win in, absolute pleasure playing the legend that is Thierry!” 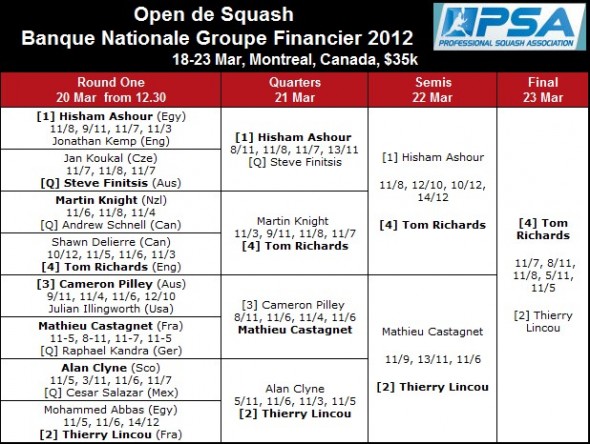