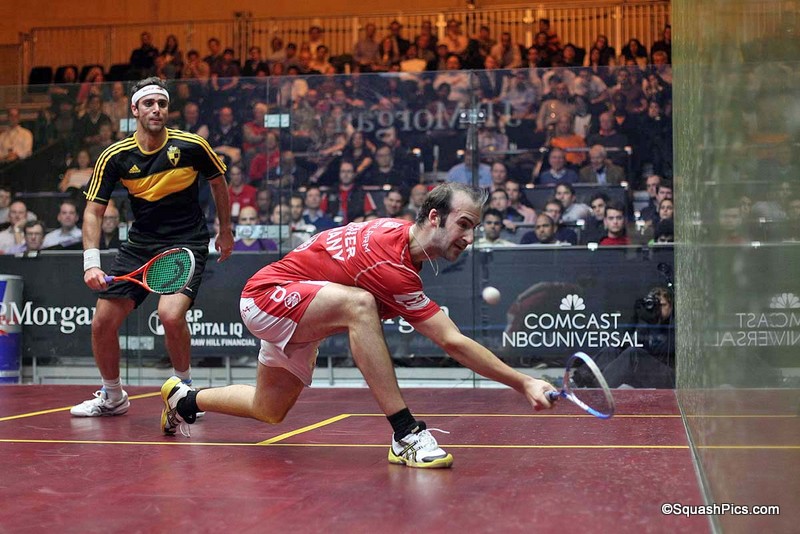 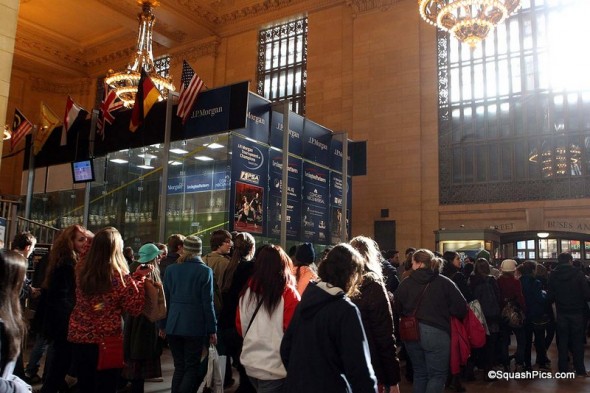 2014 Tournament of Champions – Round 2, Top Half Results: 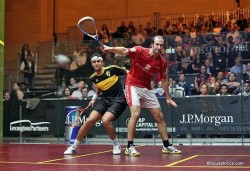 German World No.13 Simon Rosner put in an emphatic performance to record a comprehensive 3-0 victory over World No.6 Karim Darwish in the second round of the J.P Morgan Tournament of Champions in New York.

Rosner showed class, composure and control to come through 11-2, 12-10, 11-5 in a 45 minute encounter in what was only his second ever PSA World Series win over the event’s No.5 seed.

“I’m very pleased with how I played tonight – I think that was one of the biggest scalps of my career so far,” said Rosner. 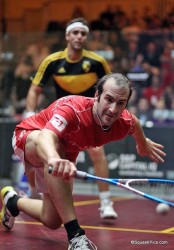 “I ended 2013 with a great win in Kuwait and my momentum has really been going since then and I think I played a solid, aggressive game tonight with few mistakes which was important.

Rosner will now face World No.2 Gregory Gaultier in the quarter-finals on Wednesday after the Frenchman dispatched Botswana’s Alister Walker 3-0 in his second round match.

“The win is important but the performance is a huge confidence boost and I’m really looking forward to the next game now,” said Rosner.

“I can go into the game with Greg without any pressure as he is the favourite and those are sometimes the best games to play as you can relax a little more.” 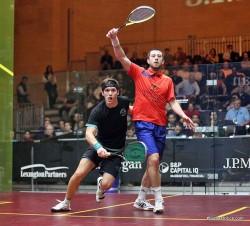 England’s Daryl Selby booked his place the quarter-finals after beating fellow Englishman Chris Simpson 3-1 to book his place against Egyptian Mohamed Elshorbagy, the man who beat him in the semi-final of the Qatar Classic in 2013, who defeated compatriot Tarek Momen 3-1.

“Chris has had a few good wins in recent months so I knew going into the game that it would be tough so I’m very happy to get through,” said Selby.

“I think I played well in the first game and just managed to sneak the second game and that made a big difference – 2-0 is very different to 1-1 and it could of gone either well.

“He picked it up in the third game but I’m fairly happy with how I played. I didn’t use the front of the court like I should and that’s something I’ll have to address before playing Mohamed.

“He’s in the top four and deservedly so, he’s been playing fantastic for the last year or so. He handles himself well on and off court as well so I think it will be a good match.

“He’s never been past the quarter-finals here before though so hopefully my experience can help me a bit against him and I’m looking forward to it.” 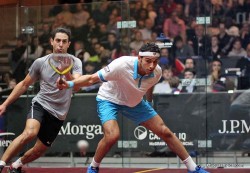 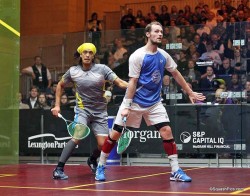 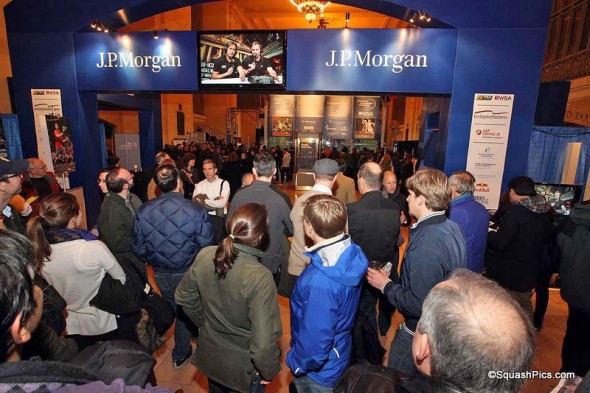