by Jahangir Khan —  published in The European

Squash has come a long way. Today, with a global audience and technical innovations, the sport is destined to ascend to Olympic status by 2020.

I was fortunate enough to have had a successful career playing squash. I won World titles, and others too – but not an Olympic Games Gold medal.

People often ask me why I didn’t, thinking that I had failed because so many people think that squash is already in the Olympic Games. It is understandable as our sport is very much the sort of worldwide sport that would be. Other racket sports like tennis, badminton, and table tennis participate, but squash remains excluded from the Olympics. 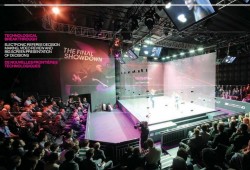 Squash could only start thinking about being part of the greatest meeting of the sporting world after the development of completely transparent courts in the 1980s. In recent years, it has been a difficult task.

We are bidding for a spot in 2020. What makes me think that we have a really good chance to win this time and deserve to do so? Rugby and golf beat us for Rio De Janeiro 2016, but there are specific factors that are different now as we move towards the conference in Buenos Aires in September 2013, which will decide on the inclusion of new sports for the 2020 Olympics. Squash has learned from its previous two bids. We have listened to what the IOChas said and appreciate what is needed and will make our case based upon this.

Most importantly, we can demonstrate that our sport has really become much stronger in terms of media coverage and presentation. The professional tours have led the way with developing improved standards and consistency in filming. Events are now filmed by a travelling team with their own cameras.

The improved quality of the broadcast is crucial to the success of our bid. Tied to this, there has also been a general upgrading in event-staging, so that spectators as well as TV audiences can be part of a spectacular sports presentation. When I was actively playing squash, top events were not as frequent or as well organized. I suspect that thanks to better presentation, squash would prove very popular with Olympic audiences. 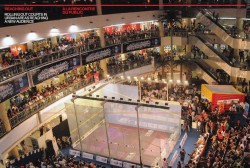 Our athletes are amongst the fittest in the world. Indeed, squash was recently voted the “world’s healthiest sport” by Forbes Magazine. But the sport is not only about fitness. Strategy and tactics are necessary, which is why our sport has been called “physical chess.”

There are so many other points that we can tick off to show why squash should be considered for a place. It is played in 185 countries by 20 million men and women of all ages. All five continental regions have produced both male and female world champions.

We might also point out that squash is popular in countries which are not traditionally dominant in the Games – for example, Egypt and Malaysia. Could Malaysia, for example win their first gold medal ever in squash? 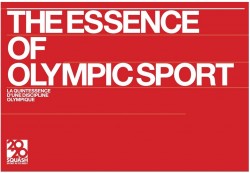 Additionally, current all-glass courts can showcase the host cities like few other sports can. We have held squash events at the Egyptian pyramids, in Hong Kong Harbour, at the Grand Central Station in New York, and in many other great places. Now, these all-glass courts can also feature glass floors with lighting underneath (which looks terrific), side wall doors which help the TV pictures, and TV referees like in rugby and cricket.

Squash is already played in every major multi-sport event, including the Commonwealth Games, the Pan Am Games, and the Asian Games. But competing in the Olympic Games would be the most important opportunity for a player – and winning gold the ultimate prize in the sport, which is what the IOCwould expect.

I really hope that the next generation of players get the opportunity to take part – they deserve a chance to try for the medals I missed out on.

Jahangir Khan was president of the World Squash Federation from 2002 to 2008. During his career, Khan won ten British Open Championships and six World Open Championships. He was unbeaten for 555 consecutive matches.