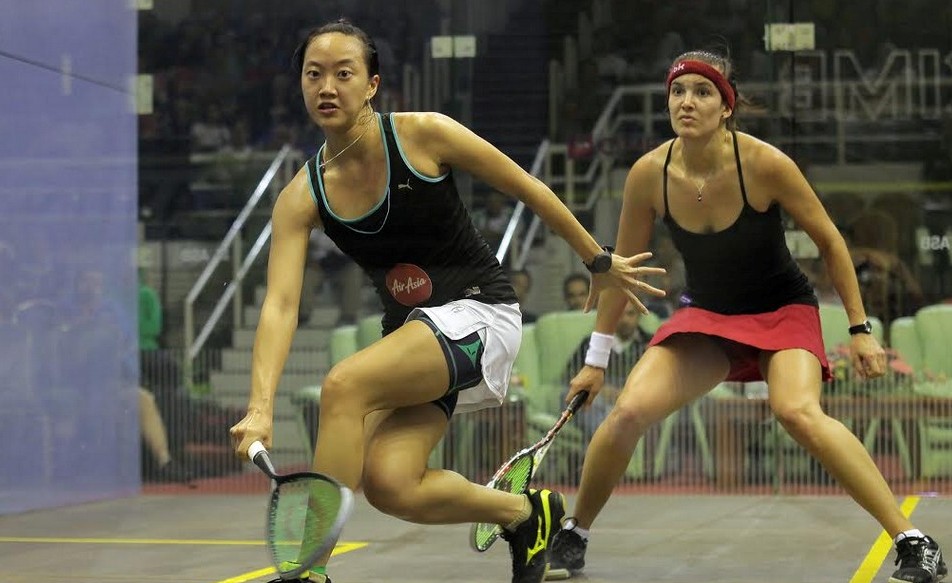 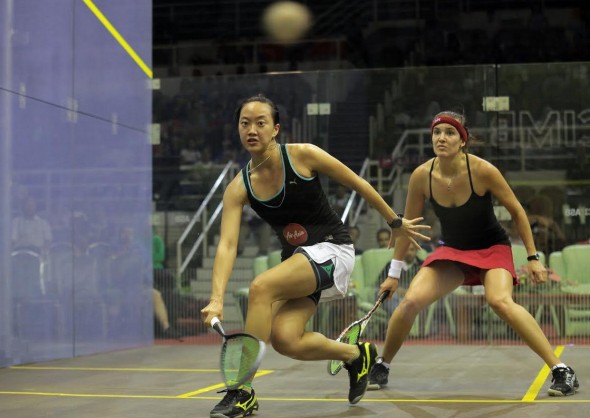 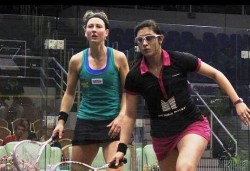 But it was Egypt’s three-time world junior champion Nour El Sherbini who stole the show at the SPICE Arena.

The 18-year-old, who is ranked only No27 in the world from a career high of four following a lengthy injury layoff last year, was highly impressive as she doused the challenge of current world No4 Alison Waters.

“It’s a really good win for me and it’s for my mother (Randa) who was so nervous watching me play. I’m definitely hoping to keep this run going.”

Waters who celebrated her 30th birthday on Wednesday admitted that Sherbini was the better player on the day.

“Not the best way after my birthday but Sherbini played really well,” said the Londoner. “She was confident and was controlling the T. The headstart she had was just too much for me.” 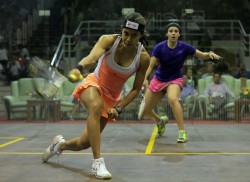 “Heba was probably nervous, but she came back pretty strong. Still I’m glad I managed to keep it pretty tight,” said Nicol, who will next meet France’s Camille Serme.

Malaysian No2 Low Wee Wern also came through, but not before surviving a third-set charge by Canadian No1Samantha Cornett, the second qualifier to make the last 16. 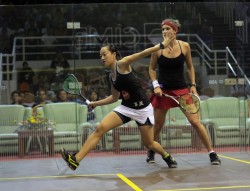 “I didn’t know what to expect against Sam as I’ve never played and she gave everything she had in the third game,” said Wee Wern.

“But I’m pleased with the result and I’m playing well. Hoping to go further tomorrow,” added the young Penangite who will make her fourth straight quarter-final appearance since 2010.

She will however be in for a massive challenge, going up against world No2 Laura Massaro in the last eight. Massaro overpowered fellow Englishwoman and doubles partner Jenny Duncalf 11-9, 11-6, 11-4 in 34 minutes – denying the former world No2 a seventh successive appearance in the quarter-finals.

“I’m still only 37, so I feel fine,” joked Madeline. “But really, I’m not as tired because the rallies were not so long and I’m definitely looking forward to the quarter-finals.”