Federico Franco, the President of Paraguay, unveiled the world’s latest National Squash Centre when he cut the ribbon to open the Centro Nacional de Squash – Paraguay in the country’s capital Asunción.

“To have a public National Centre of Squash in Paraguay, with three single courts and one double with a moveable wall, is a huge achievement,” said Marcos Vaisenbrut, President of the Paraguayan Squash Association.

“This was made possible thanks to the international success in the Latin American championships, which brought us gold, silver and bronze medals, and also to our good relations with local authorities.

“The inauguration of the Squash National Centre is a milestone in the history of Paraguayan Squash and we are very proud of it,” added Vaisenbrut. “Along with a strong group of juniors, we can therefore ensure the success and continuity of squash in our country.” 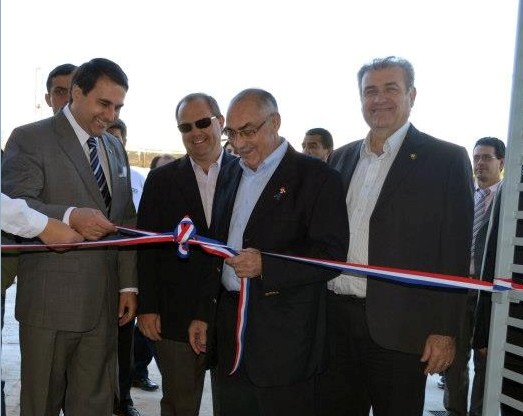