It was the latest chapter in the illustrious 27-year-old from Penang’s career which was marked earlier this month by her 50th successive month at the top of the world rankings. 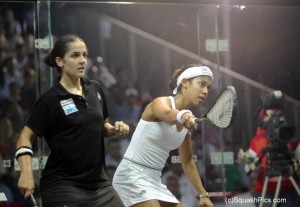 The pint-sized Malaysian superstar continued the form she has shown throughout the tournament, looking supremely calm and confident, stroking the ball to all four corners and accelerating when necessary.

“My focus was strong throughout the tournament,” said David after the successful defence of the title in which she did not drop a single game.  “I really wanted this.  I didn’t want to let it slip.”

Nicol David became the dominant force in women’s world squash shortly after the retirement of Sarah Fitz-Gerald, the distinguished Australian who first notched up a fifth World Open title in 2002.

“It’s amazing that I can do something that Sarah has done, because she’s such a great player,” concluded the new champion – now the winner of 48 WISPA World Tour titles from 63 final appearances. 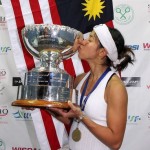 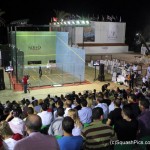 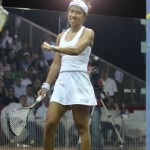