Five nations came away with Squash medals in the 9th staging of the World Games in the Colombian city of Cali, with Malaysia’s world number one Nicol David striking gold for a record third time in a row in the women’s championship and world No2 Gregory Gaultier claiming the first ever gold medal for France in the men’s event. 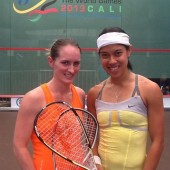 The supreme Nicol David reached the latest milestone in her illustrious squash career when she beat Dutch rival Natalie Grinham  11-6, 11-9, 11-8 in a repeat of the 2009 final in Kaohsiung, Chinese Taipei.

The 29-year-old from Penang, who has topped the world rankings unopposed since August 2006, not only celebrated her 13th World Games match win in a row since July 2005, when she won her maiden title in Germany, but her 13th without dropping a game!

But Grinham, a former world No2 who won a record three Commonwealth Games gold medals for Australia in 2006, gave David a good run for her money. The first game was evenly poised up to 4-4 before the favourite raced away to collect the first with some steady squash. Throughout the match David was aggressive whilst Grinham mixed it up with some beautiful lobs and delicate drops – but David was always there to pick them up, and ultimately prevailed in straight games.

“It’s so nice to win a medal at a multi-sport event,” said David – who now boasts 10 world title wins, with her third World Games crown added to the record seven World Open trophies she has won between 2005 and 2012. 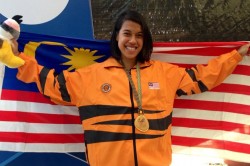 The second final was certain to provide a new men’s World Games champion – with Gaultier taking on surprise opponentSimon Rosner, the third seed who upset England’s No2 seed Peter Barker in the semi-finals to become Germany’s first ever finalist. Gaultier went into the match boasting a 10-0 career head-to-head record over his opponent, ranked 12 in the world.

The match was keenly contested. The first game saw some amazing attacking shots, some unbelievable retrieving by both players and the score line read 10-9 game ball to Rosner. During the final rally, a ball is called out and the referee announced 11-9 game to the German.

However Gaultier appealed and Rosner demonstrated impressive sportsmanship by agreeing to play a let – a great gesture which Gaultier acknowledged. Nevertheless, Rosner took the game to open up a surprise first game lead. 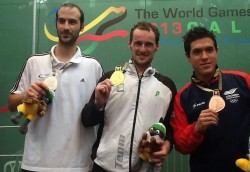 Errors crept into the German’s game in the second as Gaultier drew level. Gaultier maintained the upper hand thereafter to march through to his 9-11, 11-7, 11-5, 11-4 win to give the gold medal to France.

“I’m so happy to contribute this gold to the total tally of medals to my country,” said Gaultier afterwards – alluding to the bronze medal won earlier by compatriot Camille Serme after upsetting second-seeded Malaysian Low Wee Wern 11-8, 11-4, 11-4 in the women’s play-off.

“I’m so happy to win bronze for my country,” said the very excited world No12 from Creteil.

After treating the packed crowd to an exhibition match against Peruvian youngster Diego Elias, Rodriguez addressed the gallery in Spanish saying what an honour it was for him and his country to win the bronze. 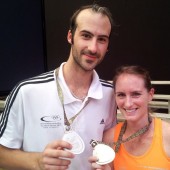 Medals for the women’s event were presented by Susie Simcock, Emeritus President of the World Squash Federation, whilst the men’s medals were presented by Jacques Fontaine, the WSF representative at the event. Colombian Squash President Pablo Serna gave away the mascots.

“What a three days we have had,” said Competition Manager Major Maniam. “Such fantastic squash, so competitive, a really great atmosphere and some real surprise results. There is something special about being part of multi-sport events – like we also are in the Asian Games and Commonwealth Games – the crowds were in awe, the players loved it, and I did too.

“All the conversation was about the Olympic vote next month and how squash would be a great addition if we succeed for 2020. No doubt on that score!” 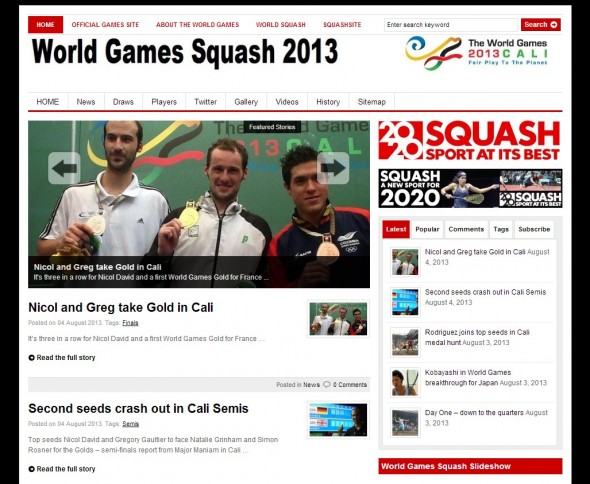