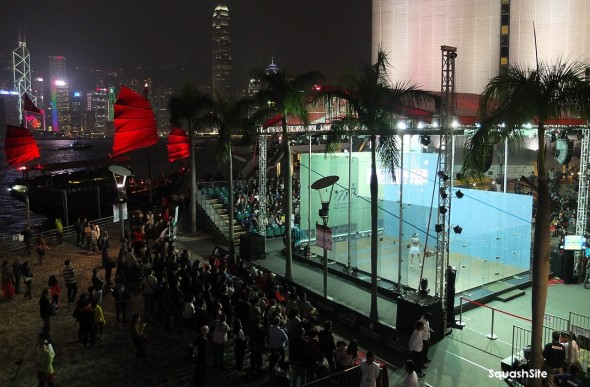 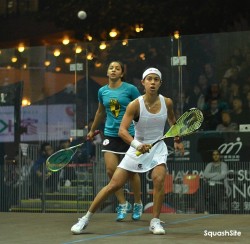 The final WSA World Series Gold event of the year came to a glorious climax today on an all-glass showcourt at theHong Kong Cultural Centre on the spectacular Tsim Sha Tsui harbourfront. 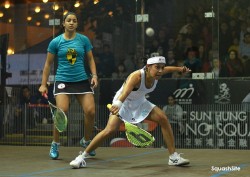 The women’s final, a re-run of the 2011 climax, saw world No1 David take on Egypt’s Raneem El Welily, the third seed from Cairo.

After evenly-contested first halves of the first two games, David  romped away to open up a 2/0 lead – but world No3 El Welily led briefly in the third before the Malaysian again took charge to close out the match 11-7, 11-7, 12-10 in 35 minutes. 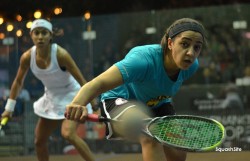 The outcome can be simply summed up numerically: It was 30-year-old David’s 6th WSA World Tour title of the year; her9th consecutive title in Hong Kong after winning the first of her record seven World Open titles in the special administrative region of China in 2005; it was the Penangite’s 45th successive match win in Hong Kong; the 71st WSA World Tour of her career; and a record-equalling 90th Tour final appearance.

The win will without doubt also see David into her 9th decade at the top of the world rankings in January! 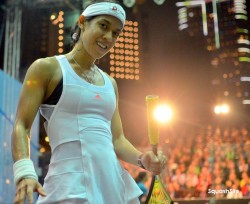 “Hong Kong is a lucky charm of mine, I guess,” David told SportAsia. “It means the world to me to win in Hong Kong every time. It’s always special. Having won here since the 2005 World Open, it’s really an experience for me. There’s definitely something special in Hong Kong that keeps me going and wanting to do well here.”

Of the final, David added: “The tempo was so high. It was such ruthless squash from the both of us. No one took their foot off the pedal. It was all the way, just full on, so I was really happy to stay in there with her. All of our matches have been this fast, this intense. 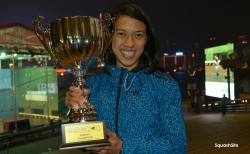 “It was really close in the first and second games, neck and neck until the very end. It could have gone her way in the first two games, but I came back stronger at the end of each just to make it clear that I won that game.”

David can now look forward to a well-earned Christmas break: “I’ll be back in Malaysia a lot longer this time to really have a proper Christmas and New Year with my family and friends.

“I did miss out last year and certainly looking forward to some down time at home.” 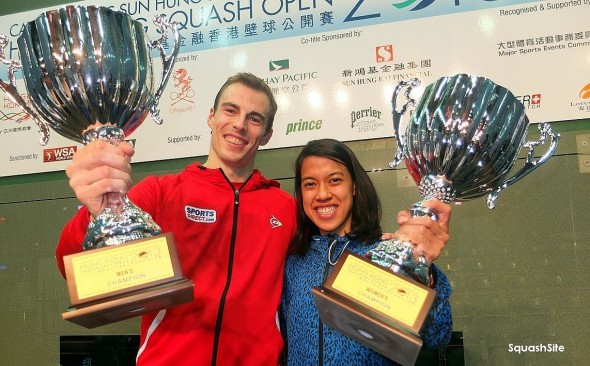 England’s Nick Matthew finished the year on the best of highs in Hong Kong today when his maiden title triumph in the Cathay Pacific Sun Hung Kai Financial Hong Kong Open – the eighth and final PSA World Series squash event of the year – will see him return to number one in the world rankings next month after a 22-month gap.

The 2013 Hong Kong Open – one of the international circuit’s longest-standing events, which was launched in 1985 – came to a glorious climax today on an all-glass showcourt at the Hong Kong Cultural Centre on the spectacular Tsim Sha Tsuiharbourfront. 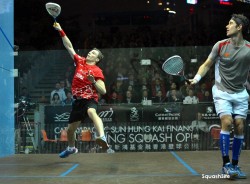 Three-time World Champion Matthew, 33, from Sheffield, went into the event as the No.4 seed – but made his breakthrough in the semi-finals where he ousted France’s World No.2 Gregory Gaultier in a repeat of last month’s PSA World Championship final in Manchester.

But his opponent was also a surprise finalist – and the first Spaniard ever to teach the event’s climax. Seventh seed Borja Golan, the World No.7 from Santiago de Compostela, had brushed aside third seed James Willstrop, the 2011 champion from England, in the other semi to celebrate his first appearance in a World Series final. 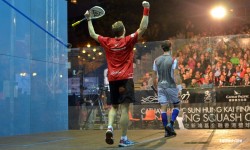 Matthew  raced to a two-game lead in the final – but Golan asserted his authority in the third to reduce the deficit.

“It feels amazing,” said jubilant champion Matthew, who now boasts 28 PSA World Tour titles. “I’ve been coming here since 2001 and I’ve struggled to get out of the squash centre before now so to end the year on a high, with this title and going back to No.1 is an amazing feeling. 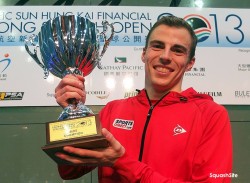 “It’s been a great year for me: I got married this year as well so it’s been really special for me. I think Ramy (Ashour) has shown that he is the best player so I’ll take the ranking with a pinch of salt. I have to beat him on a regular basis and that’s the next goal but I have had my share of injuries and know what it’s like for him.

“I think Borja deserves a lot of credit for how he played in his first final,” continued Matthew. “I think there was a lot of nerves in the first game and maybe handling the lights going out as well was maybe easier with my experience. I had a great start in that first game so credit to him that he came back in the third.

“He could have thrown in the towel but he came back and showed that he’s got a lot of big matches in him and he’s on an upward curve in his career for sure.” 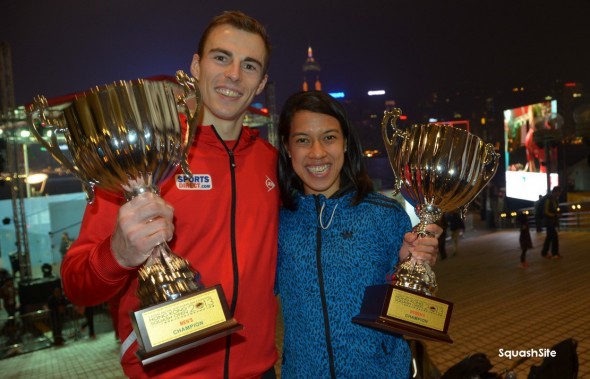