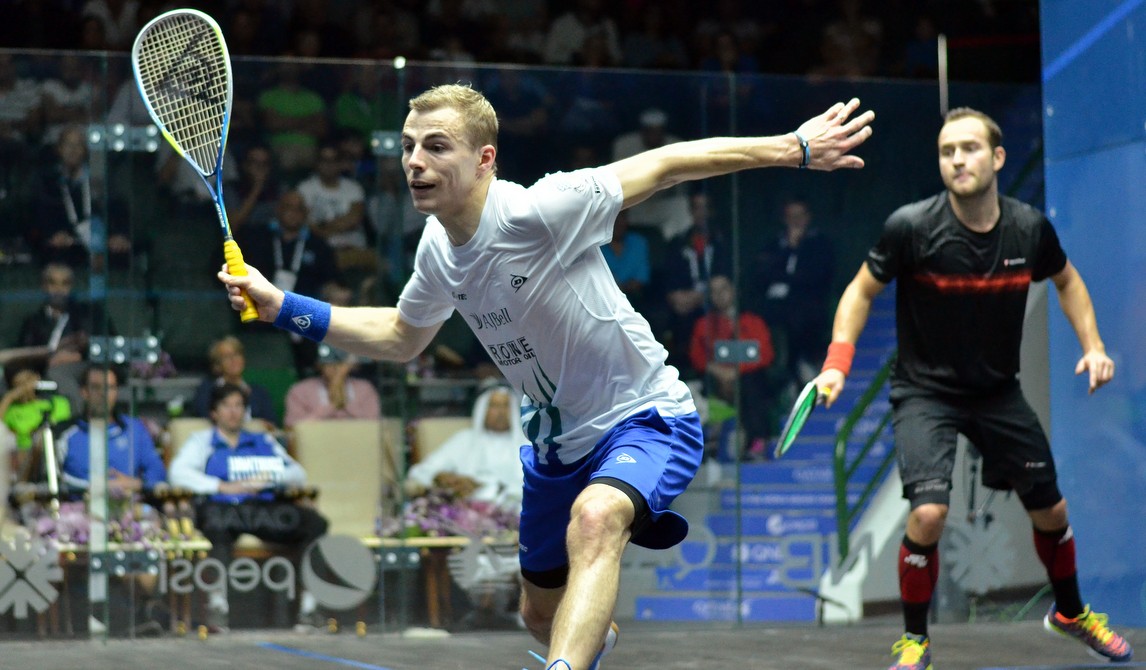 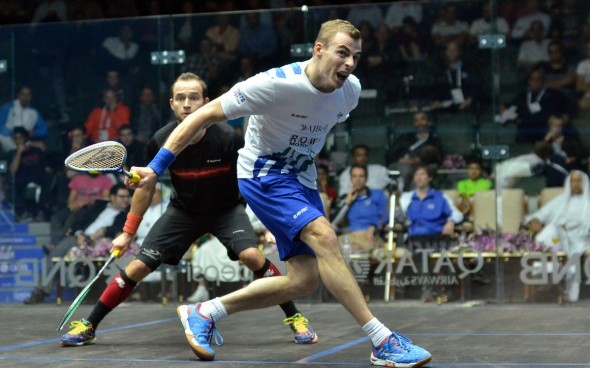 All hopes of British success in the 2014 Qatar PSA World Squash Championship will rest on defending champion Nick Matthew after he moved into the third round after a 3-0 win over French World No.29 Gregoire Marche. 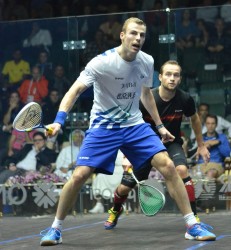 Matthew’s victory, in what was an impressive 40-minute performance, means that he is the only English representative in the third round, the first time since 2007 that England have had only one sole player reach the latter stages of the sport’s most prestigious tournament.
Matthew will now take on Indian number one Saurav Ghosal in the third round to keep his hopes of victory, and a fourth championship, alive.
“I was very respectful of Greg today because he’s a talented player on the rise,” said Matthew.
“He’s got a great future ahead of him and he likes a fast game so I tried to use my experience to my advantage today and I’m very happy to win and go through.
“I’ve been very lucky to play a sport I love for a living and I’m happy to be playing at the moment and hopefully I have a few years left in me yet as long as the hunger is there.” 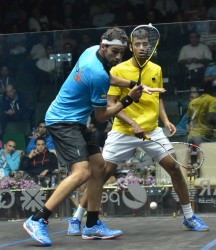 Matthew’s likely semi-final opponent, World No.1 Mohamed Elshorbagy, continued his impressive start to the tournament by dismantling Indian Mahesh Mangoankar 3-0 in 29-minutes to keep alive hopes of what could be a potentially explosive last four encounter.
Elshorbagy has blitzed his way to the title in his last four-consecutive PSA World Tour events, taking the title at both the prestigious US Open and Hong Kong Open in the process, and looks a hot-favourite to take the 2014 crown.
“I’m feeling really good at the moment,” said Elshorbagy. “I knew it would be important to keep the first two matches short if possible and from tomorrow I think my tournament really gets started.
“I think I have maybe the toughest draw of the top players. If things go to seedings I have to beat two top ten players just to reach the semi-final but to be the No.1 you have to beat everyone and I believe I can deal with it.”
In the first match of the day, World No.21 Max Lee became the first ever player from Hong Kong to reach the third round of squash’s biggest tournament, while South African Stephen Coppinger became the first South African to reach the last 16 since Roland Watson in 1981. 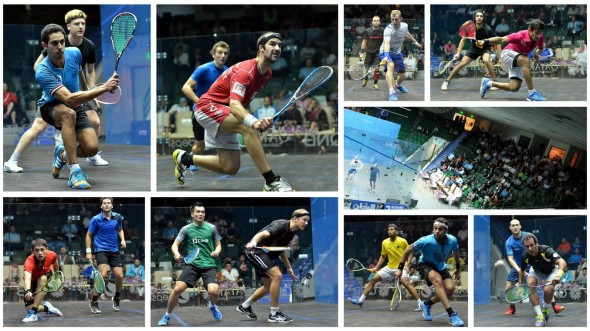