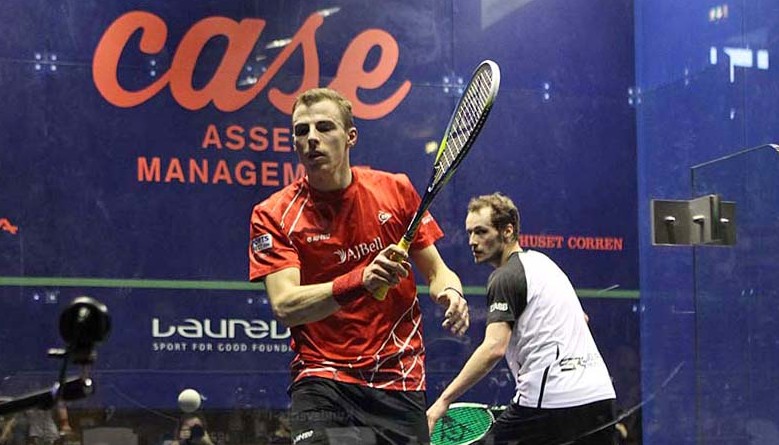 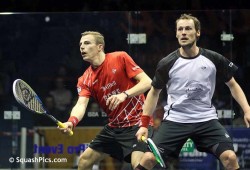 A masterful performance by England’s Nick Matthew in the historic first ever match between two joint world number ones saw the three-time World Champion defeat Frenchman Gregory Gaultier in straight games in the semi-finals of the Case Swedish Open, the PSA World Tour International 70 squash event celebrating its 11th successive year at Linköping Sporthall in Linköping.

“I played really well today against Greg,” said the 33-year-old from Sheffield who won the title three years in a row from 2009 – but lost to Gaultier in the 2013 final.

“The first two games could have gone either way and I had the momentum in the third,” said Matthew of his impressive 12-10, 11-8, 11-1 victory in 61 minutes over the 31-year-old from Aix-en-Provence who had looked supreme in the earlier rounds. 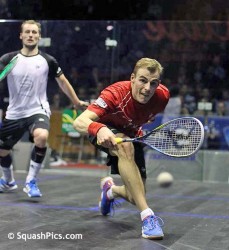 “I think the rally we had at 7-8 in the first game might have been the hardest I have ever had in my life,” continued the Yorkshireman, now in the 59th Tour final of his career – and his sixth Swedish Open final in ten years.  “My lungs felt like they were going to explode.

“I looked at him and he looked like he felt the same – and it made me feel a bit better!” 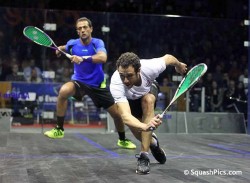 Matthew will now face top seed Ramy Ashour for the title.  It was the Egyptian that Matthew replaced at the top of the PSA World Rankings in January after Ashour had headed the list throughout 2013 after winning nine Tour titles in a row.

Ashour, returning to PSA Tour action after a hamstring injury layoff, was facing his illustrious national rival Amr Shabana, the 34-year-old former World No.1 enjoying a rich vein of form in 2014 after winning the PSA World Series Tournament of Champions in New York in January against expectations. 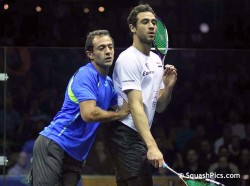 The exuberant 26-year-old from Cairo told the crowd afterwards:  “The man (Shabana) is 54 years old, he is playing as good as like he was 11 years old!  But it’s amazing everything he does; he is flexible, fast and explosive, he has good skills and he is smart.

“It’s good to be in Sweden and play in front of this amazing crowd,” added Ashour, who is making his debut in the country.

Ashour later reported to his Facebook friends:  “I believe that myself and the legend Amr Shabana represented our country in the best manner today.”

The win takes Ashour into the 48th Tour final of his career – and his 12th clash with Matthew in a PSA final since the pair faced each other in the North American Open climax exactly five years ago.

The final will mark the pair’s 24th Tour meeting – with Ashour currently leading the head-to-head tally 15-8. 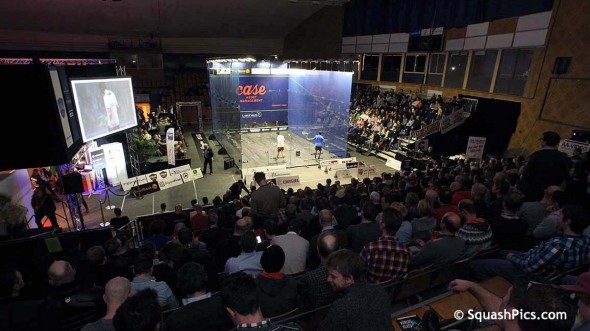