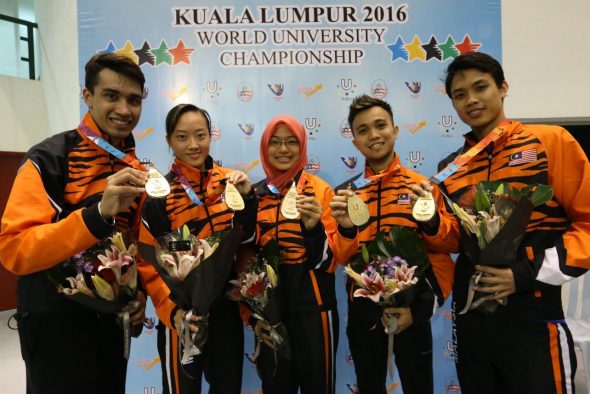 A dramatic fightback in the final of the World University Team Squash Championship saw hosts Malaysia overcome top seeds Hong Kong to win the title for the first time in the event’s 20-year history. 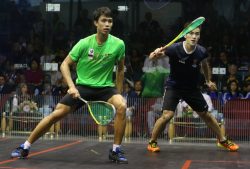 The triumph in the 9th staging of the event in the Nicol David Arena at the Bukit Jalil National Squash Centre in Kuala Lumpur also earned Low Wee Wern a second gold medal after the KDU Penang University student earlier won the women’s individual title. 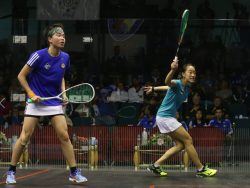 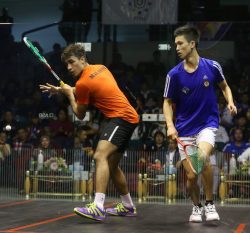 After establishing a 2/1 lead in the decider – Hong Kong’s Wong Chi Him taking the third game against Sanjay Singh Chal 11-1 – the event favourites looked to be coasting to their anticipated victory over the second seeds.

The rejuvenated second string stormed back to win the remaining two games to clinch victory for the hosts – much to the delight of the partisan crowd. 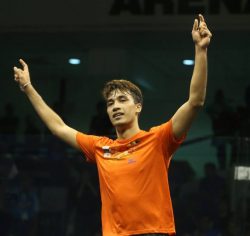 Chal, majoring in Business at the University of Malaya, looked down and out of the contest after surrendering meekly in the third game.

“With the crowd behind me, and Malaysia in my heart, I managed to pull through for the win.” 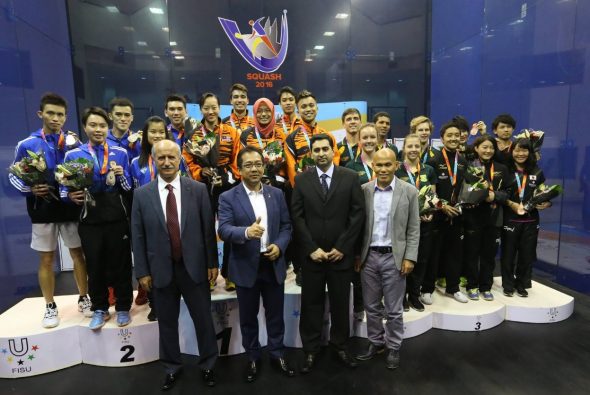 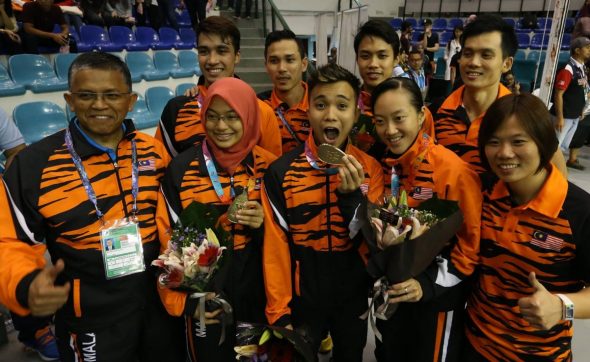