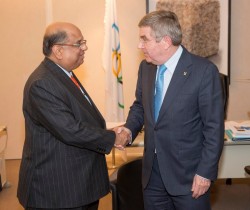 It was a busy week for the new Olympic chief, which included receiving the keys to the IOC from honorary President Jacques Rogge, chairing his first IOC Executive Board meeting,  attending a Finance Commission meeting, and meeting with several IOC member in addition to Mr Ramachandran.

Photo and text from “Olympic Highlights” 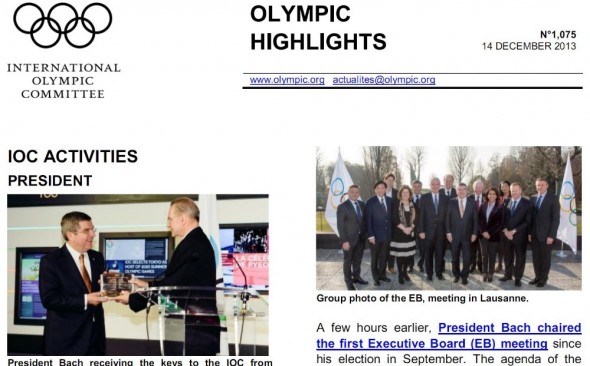