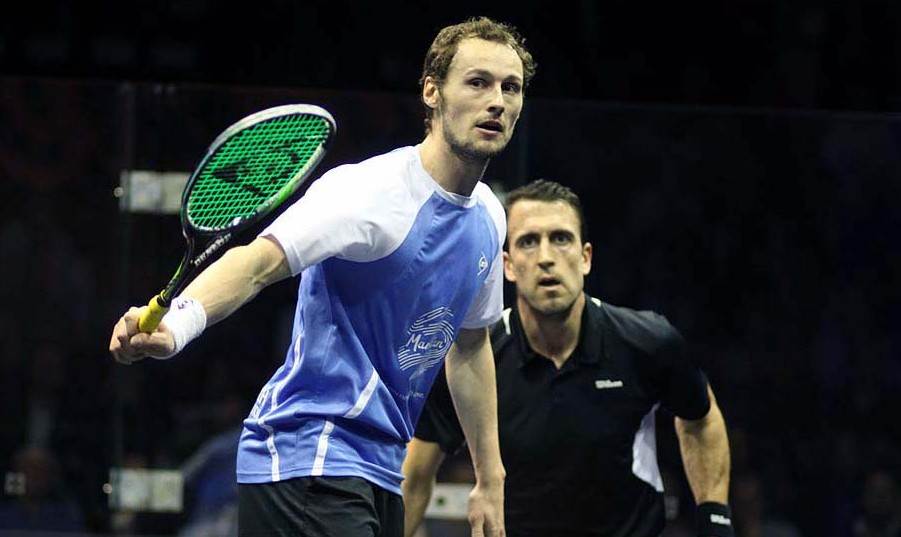 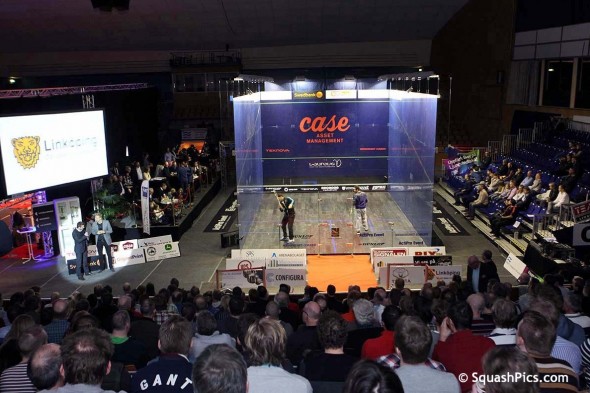 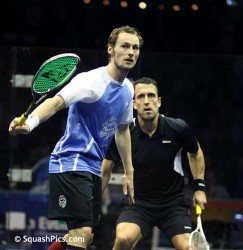 The 31-year-old defending champion from Aix-en-Provence – who last failed to make an event’s quarter-finals when he was beaten in the first round of the PSA Masters in India in December 2009 – was in devastating form as he crushed Londoner Barker, the World No.7, 11-5, 11-3, 11-4.

By the third game, it was clear that fifth seed Barker – who was laid low by a calf injury for the last two months of 2013 and was taken to five games in his first round match – was struggling with his movement.

“I am satisfied with my performance in the game,” commented joint World No.1 Gaultier after the match.

“I think his body was hurting – but that’s the way it goes.  Perhaps it was a bit of luck for me – but I was ready to compete.

“With eight players here in the top 11, this must be the strongest Swedish Open field there has ever been.” 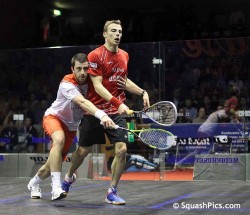 A dream semi-final is now in store when Gaultier takes on his fellow World No.1 Nick Matthew, the 33-year-old Englishman, in a repeat of last year’s final.  In an error-free display, No.3 seed Matthew beat England team-mate Daryl Selby, the seventh seed, 11-3, 11-3, 11-6 in 44 minutes.

“I was pleased with that – but I’ll need to sharpen up for my next game with Greg,” said the three-time World Champion from Sheffield.

“I saw that Greg didn’t spend much time on court in his earlier match.  I admire the way he plays – he seems to only take about 40 minutes with all his matches.  He’s so clinical!” 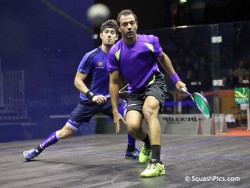 There was an upset in a later quarter-final when sixth seed Amr Shabana beat fourth-seeded Spaniard Borja Golan 11-8, 11-8, 12-10 in 48 minutes.

But Shabana, the 34-year-old World No.9 from Egypt, is enjoying a sensational run of form this year after winning the PSA World Series Tournament of Champions in New York in January against the odds. 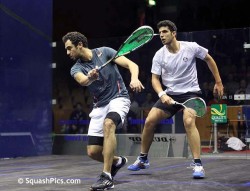 “I’m still trying to find the right feeling after having been injured for a long period,” said the ‘Cairo Maestro’ later.

Ashour, the World No.1 throughout 2013, is making his first Tour appearance of the year after a hamstring injury layoff.