Top seeds Gregory Gaultier and Karim Darwish will contest the final of the Case Swedish Open after victories over Englishmen in the semi-finals of the long-established PSA World Tour International 70 squash event at the Linköping Sporthall in Linköping.

“That was a very good match for me and I felt very strong, despite having just arrived from New York,” said the Frenchman, now in the 45th Tour final of his career. 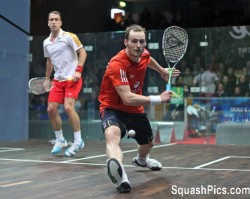 “I feel fit and physically strong and it shows in my game. I hope the audience enjoyed the match and I’m re

ally looking forward to the final.”

Left-hander Barker was less than happy with his performance: “I’m not sure if I deserve any applause today. I tried to catch up with Greg and in the end I improved myself a bit and got the result ….. 11-3!

“Now I’m going home and rest myself up for the next tournament.” 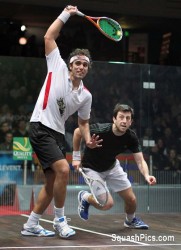 Darwish dominated the first two games against Daryl Selby, but the unseeded Englishman turned it round in the third to reduce the deficit.

“It’s always difficult to play against Selby,” said the world No4 from Cairo who is celebrating his 38th Tour final. “He’s usually a late starter which means you have to be awake the whole match because he always comes up towards the end.”

Selby responded: “It was a good crowd. I tried to give Karim a good match. I had a very good week at one of the best squash tournaments in the world.

“I will gladly be back next year and then I hope for a more prominent place.” 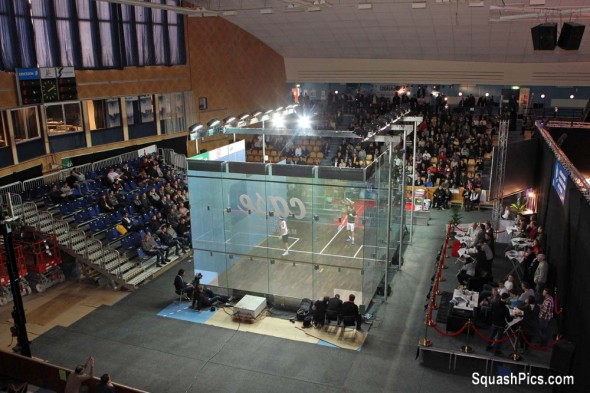