After never having previously hosted a world team squash championship, France is on the verge of staging two events within the next three years.

First stop was the southern French city of Nimes, dating from Roman times and dominated by its Roman amphitheatre. It is here that the Women’s World Team Championship will be played in 2012.

Shelley gave the green light to the excellent facilities of the Le Parnasse, a handball stadium geared up to the needs of the all-glass showcourt, with substantial seating, general requirements and the specific needs of TV production. 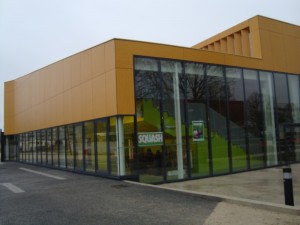 Early rounds will be played at the eight-court Squash Des Costieres.

“To have a large adaptable hall which can be dressed to provide a really top class finale for the Women’s Teams 2012, together with a suitable club and hotel arrangements in hand, is really good news,” Shelley told the mayor M. Jean Paul Fournier when they met at the city hall.

“And to bring the teams from all over the world to this historic city will be memorable.”

The second leg of the French double will be hosting the Men’s World Team Championship the following year, with the planned host city being Chartres, located sixty miles south west of Paris. 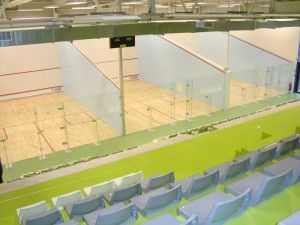 A tourist destination centred round the Cathedral, a World Heritage site, it now boasts a new squash facility which was completed three months ago. Horizon Des Beaulieu, a city-built eight-court centre, will host men’s teams from thirty two nations for the 2013 championship – but, according to Fontaine, will certainly be the home of many French championships before then.

Shelley confirmed that all was well with the centre at a press conference attended by Karine Dorange, the City Sport Adjoint au Maire, and explained that the next stage would be to finalise the glass court venue from the options already identified.

“France’s plans to become a magnet for the top men and women of the squash world are on track,” said the WSF CEO.

Fontaine added: “The French Federation is committed to hosting these championships to the highest level for our own players and enthusiasts, as well as for our visitors.”