England positively reclaimed its status as the top squash nation in Europe by winning both the men’s and women’sEuropean Team Championships titles in style at the Esport Center in Espoo, Finland.

For the 11th time in the last 12 years, England faced fierce rivals France in the men’s final of the European Squash Federation event which is in its 39th year. 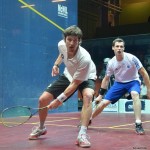 European championship newcomer Jonathan Kemp started with a comfortable 11-7, 11-1, 11-3 victory over Julien Balbo, and world number one Nick Matthew did what was expected from him – beating Gregory Gaultier 11-6, 12-10, 11-5, despite having to struggle in the second game against the French number one’s aggressive game, deadly dropshots and some arguing over lets and strokes.

“It’s good to have some drama on the court, it makes it more exciting,” a smiling Matthew commented after the game. “I’m glad I won the last match of the season.” 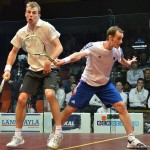 It took just one further game to settle the title for England – Peter Barker beating Mathieu Castagnet 11-5 to leave the tie beyond France’s reach.

Though England’s victory is hardly surprising, it is still highly valued by the players. “People think that we just need to show up and win,” continued Matthew after England’s 19th men’s win in a row, and the 36th of all-time. “It’s not that easy. These are top players we’re playing against.

“We’re very proud of England’s record and tradition. When the women lost in last year’s semi-finals, we all felt the pain,” explained the 30-year-old from Sheffield.

But it was the women’s final that was the biggest celebration of the day for England: The men’s team, having already secured their championship, sat tightly in the audience cheering for the ladies. 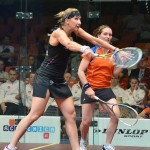 In the opening match, England’s Sarah Kippax took a two-game lead – only to see the experienced Grinham fight back to draw level. But the 27-year-old world No18 from Halifax gave one of the performances of her life to regain control of the match to score a notable 11-9, 11-9, 2-11, 5-11, 11-8 victory. 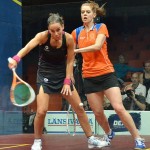 World number two Jenny Duncalf then clinched England’s victory by taking a comfortable 3/0 win over the experiencedVanessa Atkinson, who made her ETC debut in 1993 and has played every year since then.

“Last year’s disappointment motivated us and this was a great reward for the whole team,” said England coach David Campion.

The men’s bronze medal went to Italy, who beat Netherlands 3/1 to claim their first ETC medal and their highest ever finish after appearing in the championships in every year but one since 1978. 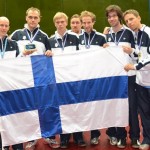 Hosts Finland celebrated two victories in the tournament. The men’s team secured its place back in the elite Division 1 after finishing in pole position in Division 2 following a dramatic 146/136 points win over neighbours Denmark after a 2/2 finish in matches!

But the ESF board also announced that Finland will host the 2012 European individual Championships.

“For Finnish squash, it is extremely important that we constantly have big tournaments and world-class players here,” saidLeo Hatjasalo, president of Finnish Squash Federation.

“Finland, as other squash nations, is committed to the goal of making squash an Olympic sport. Having top tournaments and top players in Finland helps us convince the Finnish sports community that this is a world-class sport and deserves to be part of the Olympic family.”