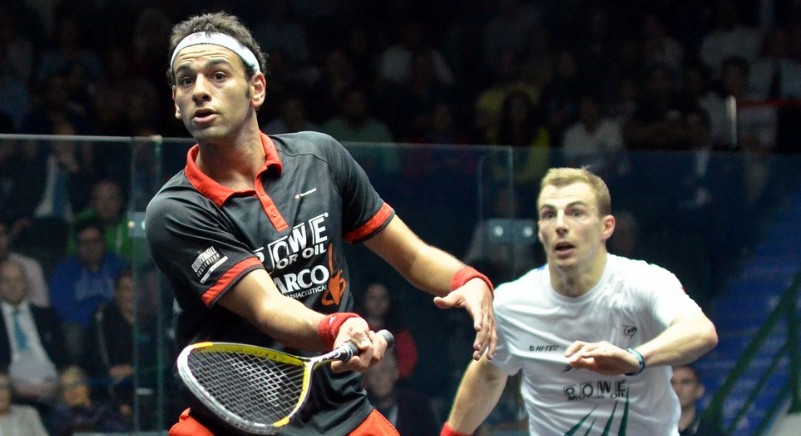 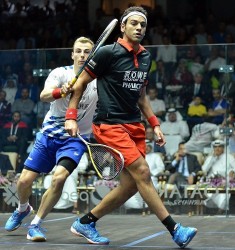 World No.1 Mohamed Elshorbagy proved he can walk-the-walk by defeating 2013 title holder Nick Matthew 3-0 in their 2014 Qatar PSA World Championship semi-final show-down in Doha to back up his off-court claims.
The duo were embroiled in a war-of-words coming into the tournament, with Elshorbagy stating Matthew ‘wouldn’t be able to handle the pace’ and the 23-year-old from Alexandria lived up to his prediction, out-muscling Matthew in an intense 60-minute battle.
Brutal rallies dominated proceedings throughout, with both players testing each other to the max, with the Bristol-based Egyptian prevailing to set up a final encounter with compatriot Ramy Ashour tomorrow, but he was quick to praise elder statesman Matthew following their match. 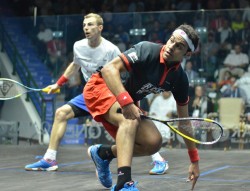 “It feels great to get that win because I came here today and I really wanted it and I gave it everything I had,” said Bristol-based Elshorbagy.
“We were both really fired up for the match. There was a lot of talk and mind games before the match but there’s a big respect there between us as well – Nick is an inspirational player and I have learnt a lot from him during my career so far.
“But on court it’s a war and we both want to win. But once it’s done, it’s finished. Tomorrow I’m sure we’ll joke with each other and forget about all the talk beforehand.
“I expect another exciting match in the final against Ramy tomorrow and I’m really looking forward to it.” 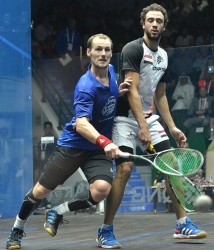 Ashour, returning to competitive action in this event for the first time since May’s Allam British Open, was in majestic form as he withstood everything number one seed Gregory Gaultier threw at him to come through 3-0 in 56-minutes.
Ashour’s last World Championship triumph came in Doha in 2012 when he beat Elshorbagy in the final and he’ll be hoping for a repeat performance tomorrow.
“It feels great to be in the final and I’m going to give it 100 per cent and fight for every shot and every point,” said Ashour.
“I’m pushing away the demons in my head and what counts is that I’m in there and I’m determined not to waste all the work I have put in.” 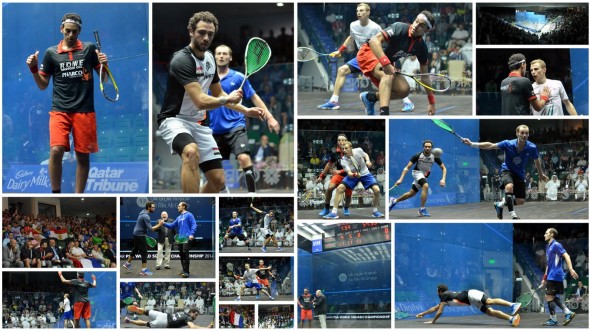