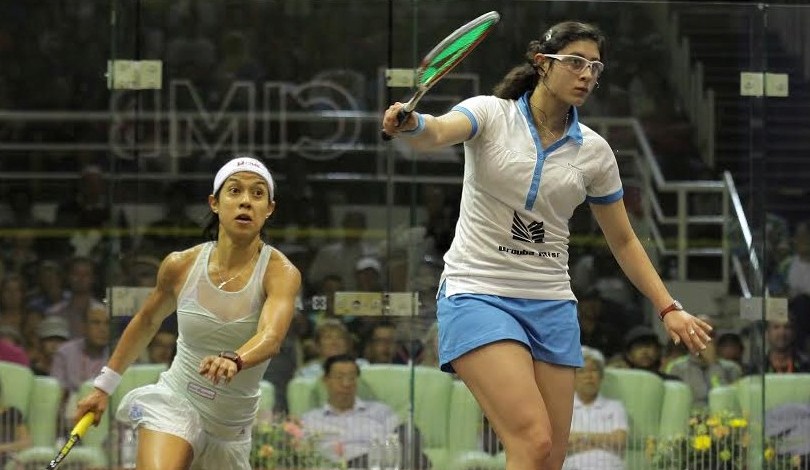 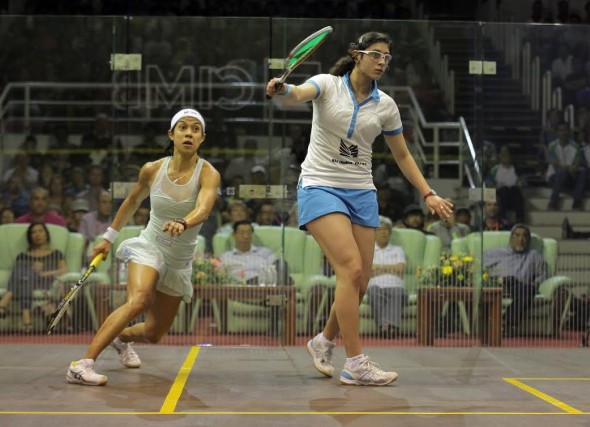 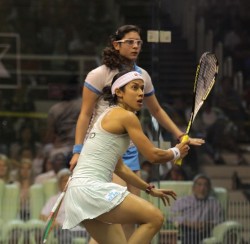 No one would have predicted such a scoreline as David was in typical sublime fashion, taking the first game in style.

But Sherbini took the second, and alarm bells rang as the 30-year-old Penang superstar – bidding to extend her record to eight titles – lost the third.

The Penangite, egged on by a 2,000 strong crowd, rallied to take the fourth and force a decider.

But the Egyptian underdog, already the youngest ever semi-finalist, held her nerve from 9-6 and 10-9 up to seal a historic win.

El Sherbini will be only the second ever Egyptian, since Omneya Abdel Kawy in 2010, to make the world championship final.

“I’m just so happy – I never thought I could have won this match,” said the jubilant Egyptian teenager.

“I always lose to Nicol 3/0 and it was never easy getting points off her. But I thought since I had nothing to lose, I just went out to enjoy my game,” added three-time world junior champion El Sherbini, now in her sixth WSA World Tour final, but her first for more than a year.

“I feel so sorry for her … and bad too for beating Nicol in front of her home crowd. But I think the pressure was on her.

“I’m also the second player from my country to make the final after Omneya so I’m really happy and I hope Egypt will be proud of me too,” said Sherbini.

“It’s never easy losing in front of the fans here, but it was a bit of an up and down game for me and I just lacked the focus,” said Nicol bravely.

“I just wasn’t as sharp in the end but I did my best and gave it everything I could but it just wasn’t my day. Fair play to Sherbini, she really deserved to win so all the best to her in the final.” 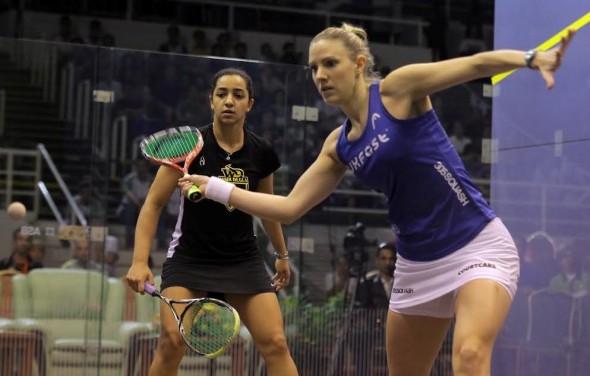 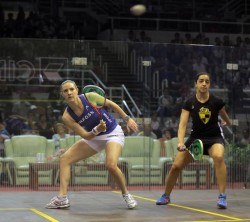 Massaro, the No2 seed from Preston in Lancashire, is marking her second successive appearance in the world final – and the 29th Tour final of her career.

“Against Raneem it was more tough mentally because I didn’t know whether she was going to hit a nick or the tin,” said Massaro, the reigning British Open champion.

“But I felt that I was better physically and it definitely feels great to be in the final once more.”

The final will represent only the second ever meeting between Massaro and El Sherbini – the Englishwoman having triumphed in their only earlier clash, in theMalaysian Open quarter-finals in September 2012.