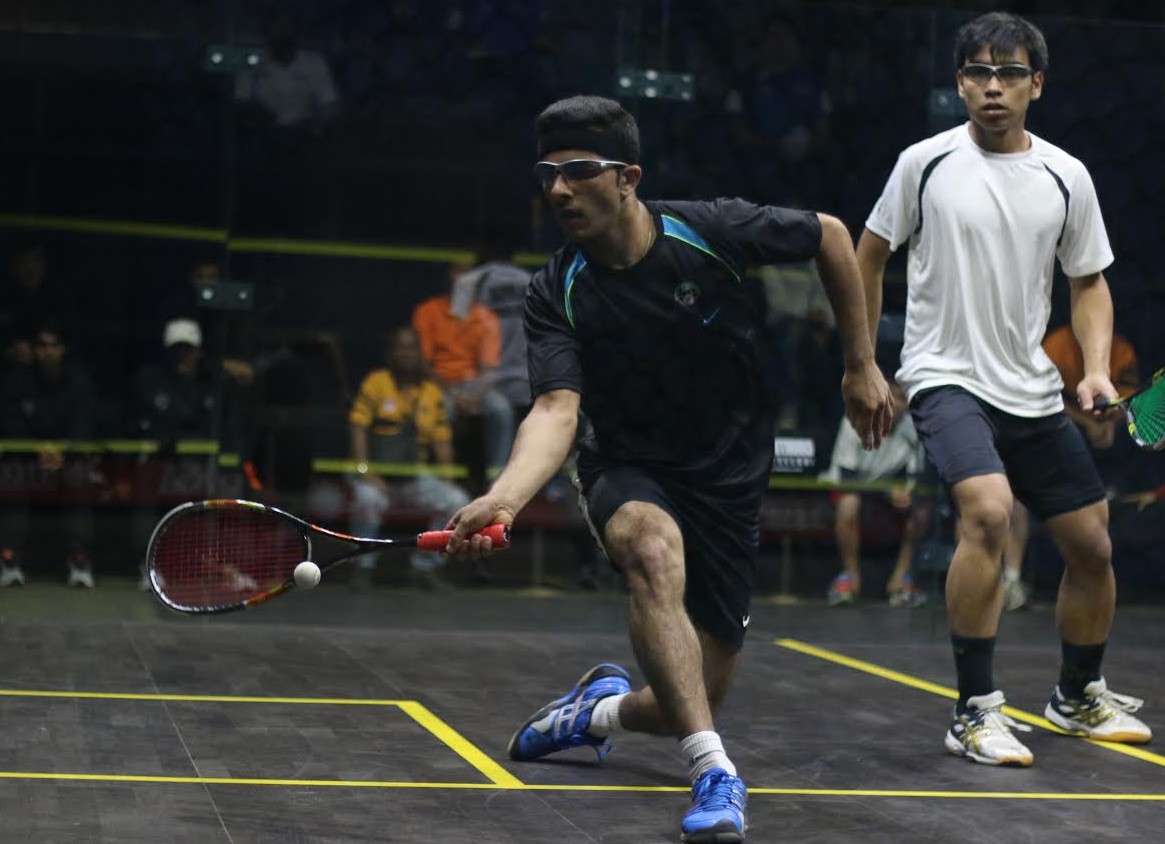 For the sixth time in a row, Egypt and Pakistan will line up in the final of the WSF Men’s World Junior Team Squash Championship after the event’s top two seeds survived testing semi-finals in the biennial World Squash Federation championship being staged at the Wanderers Sports Club in the Namibia capital Windhoek.

Both teams are poised to claim a record-equalling fifth title – favourites Egypt bidding to become the first nation sinceEngland in 2000 to win three titles in a row.

Egypt beat Spain 2/0, but were stretched to the limit by the sixth seeds who were making their first ever appearance in the event’s semi-finals. Egypt’s No3 Karim El Hammamy then grinded out a 10-12, 11-6, 11-7, 10-12, 11-6 win in 85 minutes against the determined Bernat Jaume (pictured above in action with El Hammamy) in a match which was suspended for about 15 minutes after the Spaniard sustained a cut below his right knee.

Earlier 2008 champions Pakistan ended Malaysia’s impressive run in the championship, beating the fifth seeds 2/0. The Malaysian team upset third seeds England in the previous round, denying the four-time champions a place in the last four for the first time in the 34-year history of the championship. 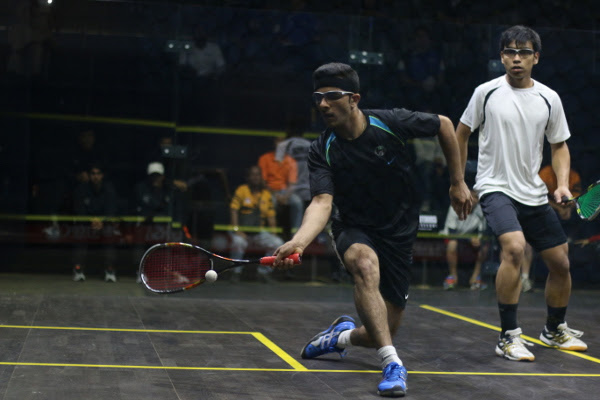 Pakistan number one Tayyab Aslam (pictured above in semi-final action) led the way with an 11-5, 5-11, 11-6, 11-8 win over Mohd Syafiq Kamal before third string Muhammad Asim Khan wrapped up his country’s tenth appearance in the final by defeating Darren Chan 11-5, 11-7, 11-9.

“It’s going to be a tough final against Egypt,” said Pakistani official Gogi Alauddin. “But I am looking forward to it as I know that my boys have big hearts and can handle the pressure,” added the former world No3.