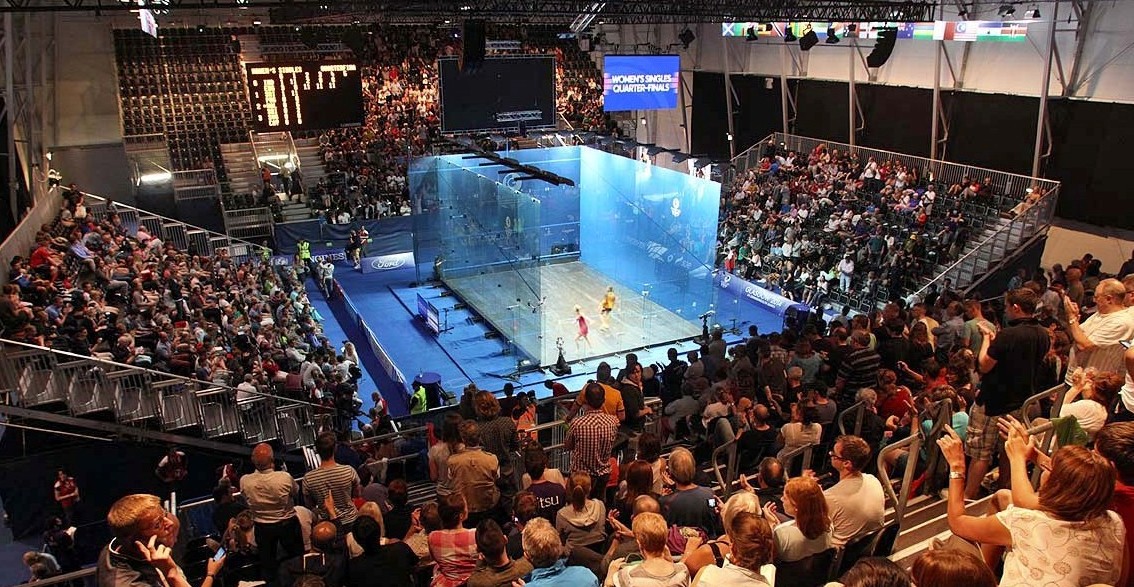 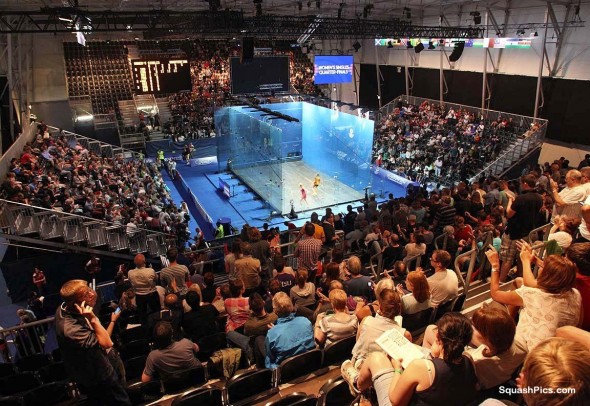 England’s Nick Matthew and Malaysian Nicol David are on course to become the first squash players ever to defend theirCommonwealth Games titles after both top seeds scored straight games triumphs in Sunday’s semi-finals of theGlasgow 2014 Games at Scotstoun Sports Campus.

A sell-out crowd – well in excess of 2,000 – witnessed the action on the spectacular all-glass showcourt as world No1 David despatched New Zealand’s Joelle King 11-6, 11-8, 11-5 and Matthew, the reigning world champion who is ranked two in the world, overcame fellow countryman Peter Barker.

Later, second seed James Willstrop prevailed in his semi-final against India’s No4 seed Saurav Ghosal to set up a repeat of the all-English men’s final in Delhi in 2010. And No2 seed Laura Massaro ensured English interest also in the women’s final when she overcame fourth-seeded compatriot Alison Waters. 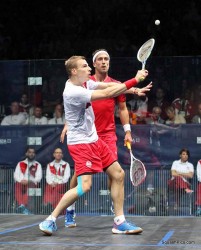 Matthew, who arrived in Glasgow six weeks after undergoing emergency surgery on his knee, delivered a commanding performance against Barker to beat the London left-hander – and reverse the result of their previous meeting in May – 11-3, 13-11, 11-6 in 63 minutes.

“I couldn’t have wished for any more, to be honest,” said the 34-year-old from Sheffield. “A few weeks ago I would have signed a million pieces of paper for that. I need to enjoy it and then really refocus ahead of the final.

“Never in my wildest dreams did I think I would feel as good as I do with the knee – but I can’t get carried away.

“I feel as good as I ever have done – which is a credit to the people helping me.

“I was in a hospital bed five weeks ago – how can I be favourite?

“If it is James I play in the final, then I hope it will be good for squash – and hopefully lots of people will sit up and take notice.”

Barker, the world No8 who stunned Matthew in straight games in last May’s Premier League Final, was clearly annoyed not to have tested the world champion more, particularly in not converting a game-ball in the second.

“I wasn’t good enough and he was too good, he didn’t let me play how I wanted to play,” said the 2010 bronze medallist. “I tested him as much as I could. But he is the world champion.

“I attacked a little bit more in the second game, but it didn’t go my way. I needed that second game really.

“A couple of decisions didn’t go my way and sometimes things like that can cost you a game.

“Nick has been a friend for many years and I probably wouldn’t be here without his help over the years – he has been a good guidance.

“All credit to him because he had surgery five weeks ago, yet he is playing at a level of quality like that.

“You obviously come for a medal and I will have no problems picking myself back up. It is an honour to have any medal at the Commonwealth Games and I will be fired up for it.” 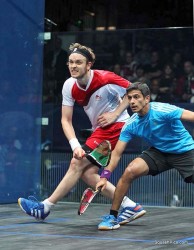 Willstrop, like arch Yorkshire rival Matthew, also reached the final without dropping a game – and extended his unbeaten record over Ghosal, the Indian number one who has now relocated to the Kolkata, the city of his birth, when he beat his former Pontefract club-mate 11-8, 11-8, 11-5.

Near-to-tears in an emotional reaction to reaching the final for the second time in a row, Willstrop revealed that he had been near to pulling out of the Games on the initial prognosis of an injury some six weeks ago. “To be honest, I’ve been through a very difficult few weeks. There were a couple of days when there was no way I was going to play this event,” admitted the 30-year-old from Harrogate.

A second scan later provided more encouraging news which led to a tentative resumption of his preparation.

“The fact that I’ve got this far is a serious achievement,” continued former world No1 Willstrop. “I’m very proud to be in the final.

“Nick (Matthew) and I have both been in a bit of a mess – he couldn’t walk and I was unsure of my future.

“However, now I’m playing well and in good shape.

“There’s no reason why I can’t produce a performance to win tomorrow.”

Ghosal, described by Willstrop as ‘my best friend on the Tour’, was downhearted by the outcome of the match. “I’m super sad that I’ve lost today. This match was one I really wanted to win – I’m really sad that I couldn’t do it.

“I’ve now got another important match to prepare for.” 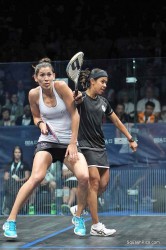 Nicol David produced a clinical display to see off Kiwi King. “I really played well today – but Joelle was really on form. When you see her on that form, you really have to break it up. I had to really fight hard.

“It’s such a great crowd – I just want to get back on that court for the final. I can’t wait!

“Winning the gold would be the highlight of the year for me – you wait for four years to get this moment.”

King, a gold and silver medallist in the doubles in Delhi, said: “That was horrible. Nicol really didn’t give me much opportunity.

“I’m really disappointed. All week, I’ve prided myself on not making too many errors – but I guess when you’re playing someone like Nicol, who retrieves so well and comes back at you, it puts that pressure on.

“I am disappointed that it was in three. Nicol is beatable – but you’ve got to play your best squash to beat her.

“I’ve got to come out tomorrow and fight for bronze.” 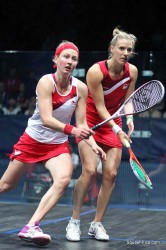 “I feel great,” said the world No2 from Preston, now assured of a first singles medal. “That was a feisty encounter – we’ve not played for a while. We’re both athletes at the top of our game and it was a match for a gold medal – everybody wants to win it.

When asked how she approached the third game after going down in the second, Massaro said: “Camps (David Campion) told me I was getting too emotional in the second game: ‘Go on and calm down for the next’ he said.

“For the majority of the match I was happy with the way I played – I didn’t feel it was physically hard.

“I don’t think there will be pressure on either of us tomorrow. Nicol knows I’m capable of beating her – we both know the score!”

Waters was succinct in her appraisal of the match: “I tried my best but she was the better player on the day,” said the 30-year-old Londoner. 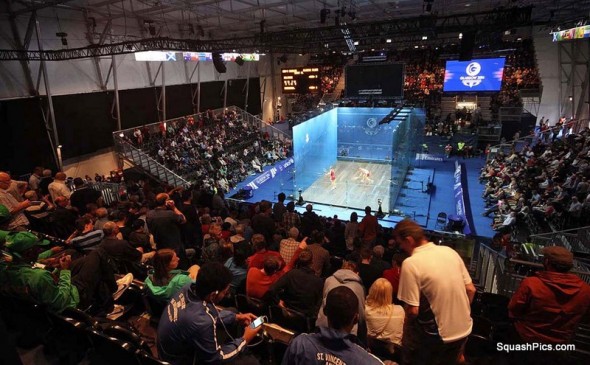