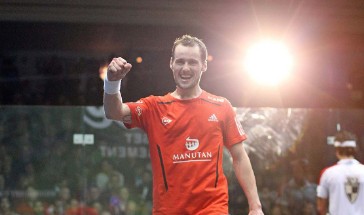 A high quality performance by top seed Gregory Gaultier saw the Frenchman win the Case Swedish Open title and notch up the 20th PSA World Tour title of his career at the long-established PSA International 70 squash event at theLinköping Sporthall in Linköping.

Gaultier, described by PSA COO and former world number one Lee Beachill as being “in indescribably good form at the moment”, took on second seed Karim Darwish,

The 29-year-old from Aix-en-Provence reached the final without dropping a game – and kept up his good form, showing good movement and stopping Darwish from hitting decisive shots. 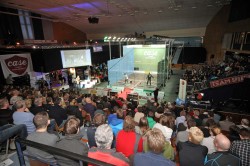 “The quality of squash was still immense with some amazing pick-ups and rallies, much to the applause of an excited crowd in Linköping Sporthall,” said event spokesman Niklas Lillman.

“I didn’t actually think I was going to play this well, since I have had back spasms since I came back from New York,” explained the world No3 later. “I want to become world No1 again, and I need the motivation from the crowd to get back to my top form. 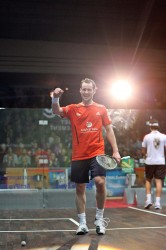 “I have been fortunate to have my physio with me all along, he has done a great job on me all week long. I also want to thank Fredrik (Johnson) and his team, the city of Linköping, sponsors etc for making sure that this tournament grows every year, which I hope it will keep doing for many years to come. 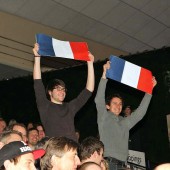 “I wish we had a similar event in France. I wish you all the best of luck and as last few words I hope that Karim’s home country of Egypt soon will regain some peace and calm.”

Darwish, the 2004 champion, said that always enjoyed coming to Linköping to play this tournament – but acknowledged that “Greg today was simply too good for me to handle.

“We’ve played against each other since we were 10 years old, but I’ve never seen him play this good. I would love to come back here for next year’s tournament. Many thanks to Fredrik and his team for a very well organised event.” 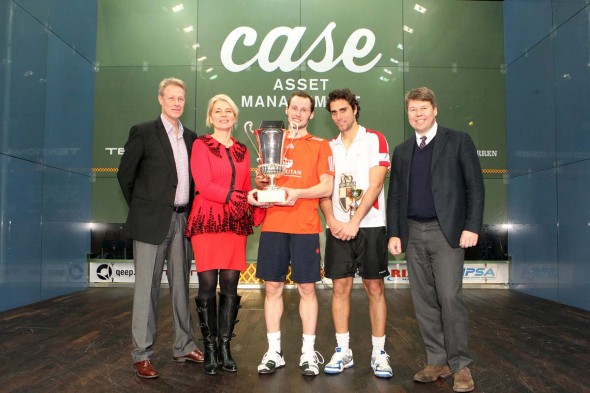