Dutchman Laurens Jan Anjema survived the longest match in the inaugural Kuwait PSA Cup to secure an unexpected place in the quarter-finals of the eighth PSA World Series squash event of the year after upsetting eighth seed Thierry Lincou in five games at Green Island in Kuwait City.

Frenchman Lincou, the former world number one who has made the last eight in his previous four appearances in Kuwait, battled hard to build up a 2/1 lead over his younger rival – ranked just one position lower. 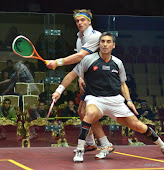 “What can I say?” Anjema expressed to www.squashsite.com afterwards. “Growing up, I was looking up to Thierry, Palmer, Nicol, and it’s so hard when you have them as role models to one day start playing against them, then competing with them, then sometimes having a fight with them, and finally beating them.

“And to think that at that age, he is still in that shape – it’s pretty incredible,” added the 28-year-old world No11.

The unique format of the Kuwait PSA Cup means that the Dutchman will now have to wait 24 hours before he discovers the identity of his quarter-final opponent – which will be drawn at a special Gala Dinner in Kuwait.

“About the new format: I tend to never look at the draw at all – I don’t like wasting my energy worrying about who I might play. So, I’m all for it!” 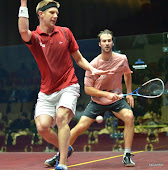 Stewart Boswell became another surprise quarter-finalist: The 15th seed from Australia beat unseeded German Simon Rosner 7-11, 11-5, 12-10, 12-10 in 67 minutes – the outcome of which takes the Canberra-born 33-year-old into his third successive PSA World Series quarter-final against expectation!

A trio of Englishmen will bid for places in the semi-finals after third round successes today: Londoner Peter Barker, who has become the World Series’ “Mr Consistency”, claimed his eighth successive quarter-final berth with his 11-6, 11-5, 11-1 win in 55 minutes over fellow countryman, fellow Londoner, and fellow left-hander Adrian Grant, the No14 seed.

And Yorkshire rivals Nick Matthew and James Willstrop will hope that the draw keeps them in opposing halves. Top seed, world number one and world champion Matthew opened proceedings at Green Island with a straight games win over hard-hitting Aussie Cameron Pilley. Matthew pulled away from 4-3 down in the first – and, although he built leads in the next two games, Pilley ate into both before the favourite managed to close them out for an 11-7, 11-9, 11-8 win. 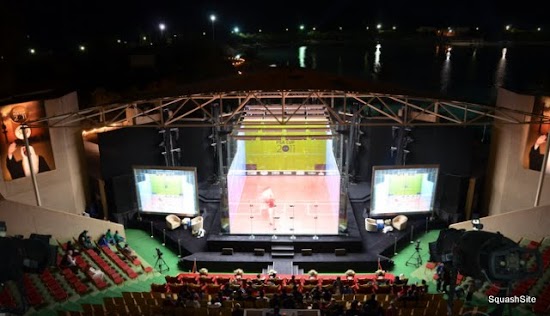 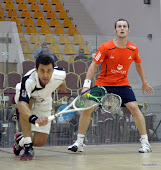 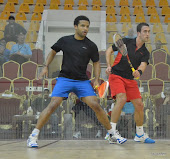 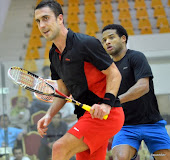 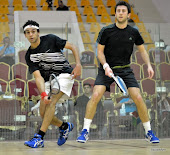 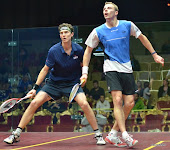 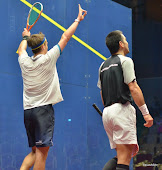 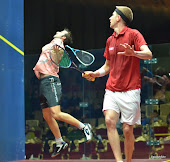