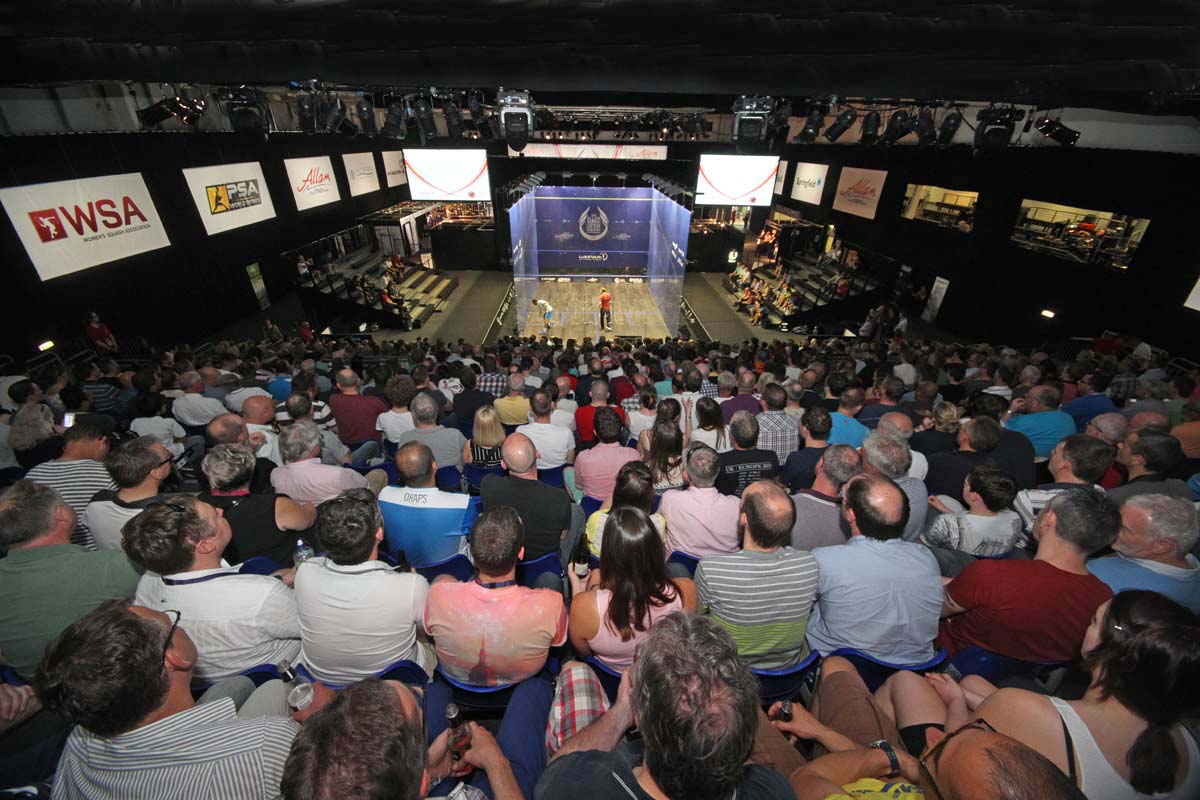 Matthew And Gaultier To Battle In British Open Final

Squash World Champion Nick Matthew and World No.1 Gregory Gaultier will contest the final of the prestigious 2014 Allam British Open Squash Championship at the KC Sports Arena in Hull. 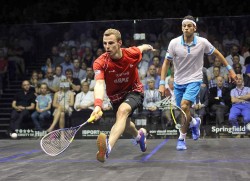 Matthew earned his place in the final following a gruelling 104-minute, 3-2 win over Egyptian World No.3 Mohamed Elshorbagy while Gaultier impressed as he ruthlessly put defending British Open Champion Ramy Ashour to the sword in an emphatic 3-1 win.

Three-time British Open champion Matthew will be hoping home-support propels him to glory in a repeat of the performance that saw him beat the Frenchman 3-2 in a dramatic finale to the 2013 World Championships in Manchester last November – a victory that saw the Sheffield-man claim his third World title.

“The pace throughout the match today was relentless and I felt like I was running on fumes at the end,” said Matthew, who’s aiming for British Open title number four.

“Mohamed is one hell of a player but I’m pleased with how I used my experience today to get the win. The crowd were amazing throughout the match today and they were really supportive of both players.

“They (the crowd) really willed me on when I played Greg in the World Championship final last year and pulled me over the line so hopefully I can give them more to cheer about tomorrow.” 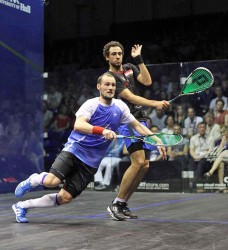 Gaultier, a British Open winner in 2007, will be hoping to overturn his recent form against Matthew, having also lost to out to the World No.2 in December’s Hong Kong Open and February’s CASE Swedish Open.

“Nick is an unbelievable player and he’s had an amazing career,” said Gaultier.

“He has achieved so much but he is always still hungry and he has a real fighting spirit which he showed today against Mohamed.

“He always tries to the last point but I’m here to win and this tournament is one of my main targets for the season. Winning the title for a second time would be just as amazing as the first so I’ll give it everything tomorrow.”

England’s defending champion Laura Massaro and Malaysian Nicol David will contest the final of the Allam British Open Squash Championship for the second year in a row after the world’s top two players came through four-game semi-finals in the WSA World Series Platinum event in Hull. 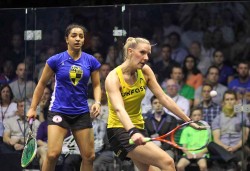 World No2 Massaro, the reigning world champion, beat Egyptian Raneem El Welily 6-11, 11-8, 11-4, 11-7 in 44 minutes in front of a packed and partisan crowd at the Hull Sports Arena to notch up the 30th WSA World Tour final appearance of her career.

The 30-year-old from Preston will be hoping for a repeat of last year’s climax where she became the first English woman in 22 years to win the historic title.

“Defending the title means a huge amount,” said Massaro after her impressive win over the player one place below her in the WSA World Rankings. “To win it once is a big honour but to do it two years in a row would be massive.

“I’ve made my seeded position now so I can finally play with a bit of pressure off. The crowd were fantastic today and will hopefully be just as loud tomorrow.

“There’s always pressure going into a final, especially when you’re a defending champion. Playing Nicol there won’t be pressure because she’s world number one but it just comes down to playing my game plan as well as I can on each day,” added the Lancashire lass. 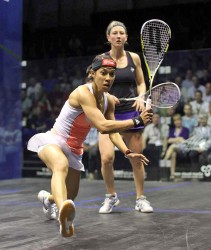 David, a four-time winner of the title, overcame determined Londoner Alison Waters by a similar scoreline to deny the hosts a first all-English final for 23 years.

The mighty Malaysian  will now be competing in her 93rd final on the WSA Tour.

“It’s a repeat of the final last year, but I don’t think we’ll be doing anything differently we’re just going to be playing our best squash in the final of the British Open and you should expect a really good battle,” continued the 30-year-old from Penang.

“The British Open to me is very prestigious, it’s like winning the World title. It has so much history behind it and just knowing that you’re part of it makes a difference when you’re out there on court playing squash in front of a great crowd.”