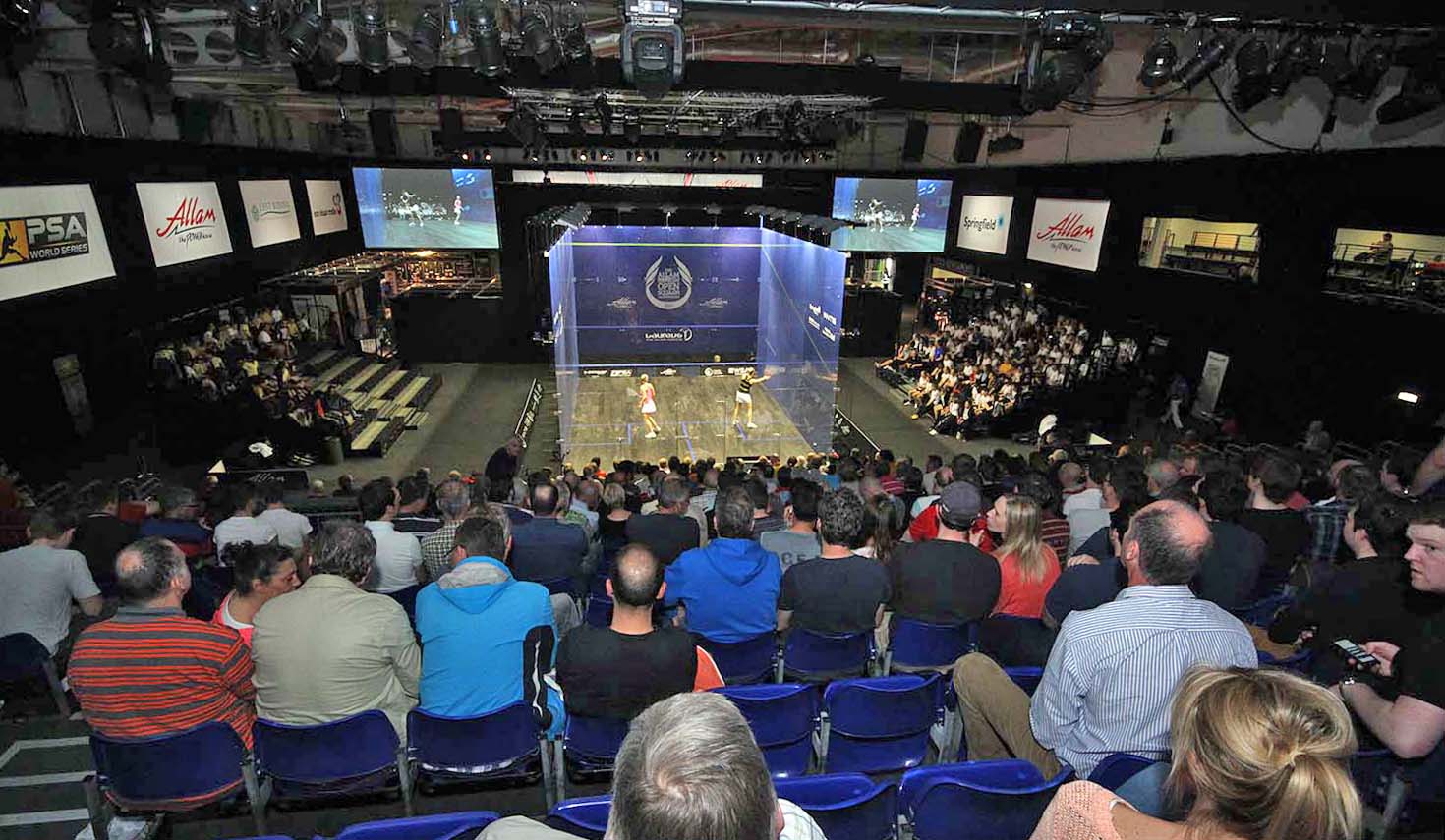 The quarter-finals of the Allam British Open at the Sports Arena in Hull saw the defending champions, world number ones, world champions and seven of the top eight seeds progress to the semi-finals. 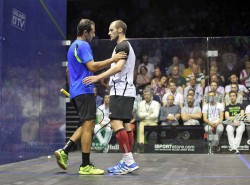 World No.1 Gaultier eased into the final four after Egyptian maestro Amr Shabana, the four-time World Champion, was forced to retire through illness, ending his bid to win a first British Open crown, and the Frenchman will now take on Egypt’s defending British Open champion Ramy Ashour in a mouth-watering semi-final match-up.

“I feel sorry for Shabs (Shabana) as he’s my best friend on tour and it’s a shame when a match ends this way,”said Gaultier.

“I just hope that he will be ok soon and come back and that we can play many more time sin the future.

“Tomorrow I’m playing Ramy and he’s the man in form at the moment. He’s won the last two tournaments on the PSA World Series and his body is looking in great shape.

“But even though he is the man in form I’m here to do my best and try and beat everybody else so I’ll just go back and get myself ready for tomorrow.

“I’ll be fresh which is good so I’ll give it my best tomorrow and we will see.” 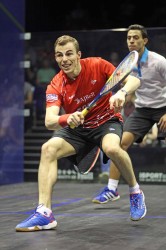 World Champion Nick Matthew is the only remaining home hope, after Ashour knocked out English No.2 James Willstrop, and he will face rising star Mohamed Elshorbagy, the Bristol-based Egyptian sensation who works under the tutelage of British Open legend Jonah Barrington.

The pair met at the semi-final stage of the PSA World Series Finals in March when the 23-year-old triumphed but Sheffield-based Matthew is determined to make amends for that result and add a fourth British Open crown to his victories in 2006, 2009 and 2012.

“Mohamed has beaten me the last two times we have played,” said Matthew. “He’s hungry and has all the qualities of youth but it feels like he’s been around for a long time as he has maturity as well and is definitely the complete article.

“He won’t give any consideration to me being World Champion or playing at home – he’s an incredibly tough player and I expect we’ll have another hard battle tomorrow when hopefully experience will sway it for me.

“The British Open is the reason I became a squash player,” added Matthew. “I remember going to Wembley to watch the greats like Jahsher and Jahangir Khan and that is what inspired me to play.

“I feel like my week is just getting going now, I’ve not hit my stride like I need to and I hope with the crowd tomorrow I can up it a few more levels.”

Defending champion Laura Massaro and world No6 Alison Waters are on course to meet in an all-English final of theAllam British Open Squash Championship – the first for 23 years – after prevailing in the quarter-finals of the Women’s Squash Association (WSA) World Series Platinum event at the Sports Arena in Hull. 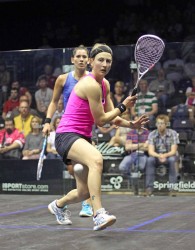 Fifth seed Waters reached her third semi-final in four years after upsetting No4 seed Joelle King 11-4, 8-11, 11-5, 11-1 in 46 minutes – avenging a straight games defeat to the New Zealander in last year’s US Open.

“The semi-finals of the British Open is a big occasion, I’m really pleased to be there and I’m looking forward to it,” said the 30-year-old Londoner. “It’s great to be playing a tournament in Britain in front of a home crowd.”

Waters now faces world No1 and tournament favourite Nicol David, the four-time champion from Malaysia who is aiming to regain the title after losing out to Massaro last year. 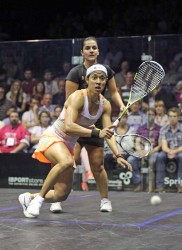 David beat career-long Egyptian rival Omneya Abdel Kawy 11-7, 12-10, 11-4 and told the crowd afterwards: “I played much better today. Kawy is such a crafty player, I was really pleased to come through it and take the victory.

“I’m through to another semi-final but it never gets boring, it just gets better. Everything counts, I’m so pleased to be here at the British Open in Hull again with a great crowd and it’s nice to have such a knowledgeable crowd.” 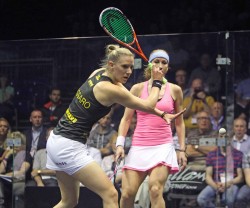 The world No2 from Preston was tested by the Halifax-based player who was making her first ever British Open quarter final appearance. However, reigning world champion Massaro was able to draw on her experience and come out the stronger at the end of each game.

“It was tough going into the quarter final against an England team-mate and someone I’ve known for years and years,” said Massaro after her 11-8, 12-10, 11-8 victory.

“On paper I was a heavy favourite so that is sometimes difficult to handle. I’m pleased to come through – she’s had a couple of giant killings!

“After I won the event last year, it was a bit of a surprise. It took me a while to get my head round it and realise that everyone was still gunning for me. I feel really good to be in the next round.

“The legacy work they do here and at our British Nationals is massive and it helps get more kids playing squash and introduce them into the game. It’s such a great way to get kids involved.

“The coverage I’ve had from the World Championships has helped get me a good reception wherever I go and I’m really enjoying it. It was nice to see them getting behind everyone and great to see a full side wall!” 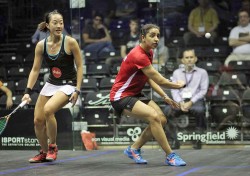