The World Squash Federation has published a new history of its sport. 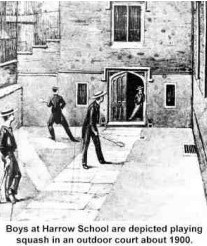 The two new additions to the WSF website have been produced by respected veteran U.S. journalist James Zug. The first is a 6,000 word essay on the history of the game.

Zug connects the parents of squash – real tennis, racquets and fives – with the origins of squash at Harrow School in England in the 1850s. He goes on to show how the game spread around the world; the emergence of a professional tour; the development of doubles; and the game’s position today as a global sport.

The History of Squash Timeline  begins at Harrow in the 1850s and identifies the first court built in USA in 1884 – making it the second of the current 185 countries where squash is now played. The first book on squash is listed (1901), as is the formation of various national federations – including South Africa in 1910, Canada in 1913 and Egypt in 1931, for example.

In 1965 the first window in a solid court wall appeared; the viewing revolution in the 1980s is detailed (a decade in which legendary Pakistani Jahangir Khan’s five-and-a-half-year unbeaten run ended, in 1986); and, later, scoring and tin height changes are also covered.

“There was a time when squash rackets were made of wood, there was no such thing as a glass backwall, never mind an all-glass showcourt – and even further back there were no standard rules of the game nor defined court dimensions,” said Andrew Shelley, CEO of the World Squash Federation.

“Squash has a long history that began in the 1850s and to be able to scroll through the many dates helps us remember game’s key milestones. James Zug has ensured that while we look to the future the past is not lost.” 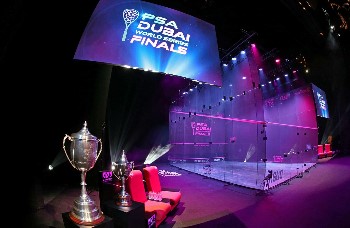 James Zug is the executive editor of Squash Magazine, the New York-based publication; he blogs at SquashWord.com; tweets at SquashWord; leads the squash podcast “Outside The Glass”; and is the author of six books, including two on the game: “Squash: A History of the Game” (2003) and “Run to the Roar: Coaching to Overcome Fear” (2010).

SQUASH: a Sport with History (in 10 1/2 Chapters)  History of Squash TIMELINE

Squash embarks upon a new era of collaboration